Watch: Artem Lobov says Paulie Malignaggi won’t be able to walk after he’s done with him 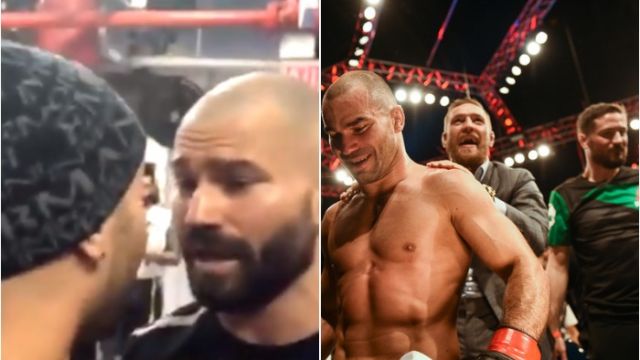 Both fighters genuinely dislike each other and it’s been evident from the press conferences, where Paulie went as far as saying that he will spit on Lovov and his mother. 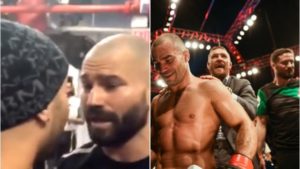 Artem Lobov, however, is prepared to give it all to Paulie come fight night and he has said that after the fight, he won’t be able to walk.

Lobov said: “The talk is over for me. I’ve said everything I have to say. I just want to get in there with this man on Saturday night and show the world what happens when you run your mouth the way Paulie has.

“He’s coming off the couch and he’s only here for the money. It’s the truth. Unfortunately for him, he bit off more than he can chew. He’s going to make a nice paycheck, but I’m going to make two holes in his head and go home happy.

“I want to whoop this guy so bad. I actually liked my last opponent and you saw what happened to him.”

“Number one, I just want to hurt this guy. I don’t know how much he’s going to be able to take at 40-years-old. He doesn’t have the fire burning in his chest.

“It’s great to be here for this event and I’m thankful for everyone who made it happen. I’m going to put on a spectacular performance Saturday night.”

The fight will be available for purchase via Fite TV pay-per-view for $39.99.