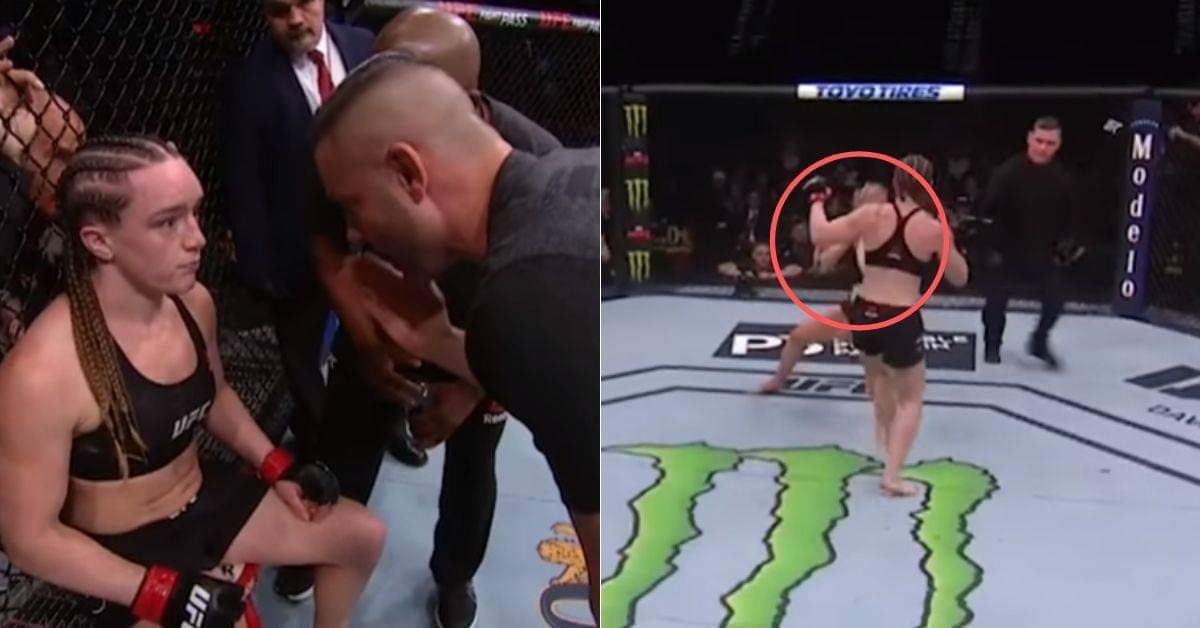 Kunitskaya being a former featherweight and Ladd making bantamweight by skin of her teeth, the fight promised to bring in some physical attributes. The first two rounds definitely proved so as Kunitskaya used brute strength to initiate clinch and land knees on Ladd. Ladd on the other hand was able to do what she does the best, use vicious ground and pound with grunting noises. 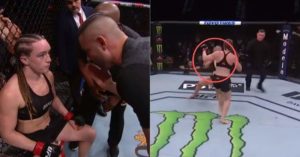 Going into the third round, it was considered a round each for both Aspen Ladd and Kunitskaya. However it was pretty evident that Ladd had invested a lot of energy in her quest to get a finish. That being said, for someone as young as Aspen Ladd (24), few motivational words from a head coach and induce some fire. Exactly what happened as Aspen Ladd’s coach Jim West screamed a number of instructions, none of them being sugar coated as Ladd was able to get the finish. (via Facebook):

Ladd who faced the first loss of her professional career in her last fight against Germaine De Randamie, finds herself back on track. A win or two have her back into title contention.

“I could definitely have done better but I’m happy to be back, feels like I’m home,” Ladd said. “It was a good hook but there’s a lot more I can do. As always I’ve got a lot of work to do.”

Ladd will have a close eye on UFC 245 fight between champion Amanda Nunes and challenger Germaine de Randamie.

Previous article
Watch: Tito Ortiz chokes out Alberto Del Rio and holds on to the submission even after the tap!
Next article
Jorge Masvidal gunning for a fight with Floyd Mayweather