Watch: How Bellator Champion Ryan Bader showed up with two Pikachus at a Basketball game 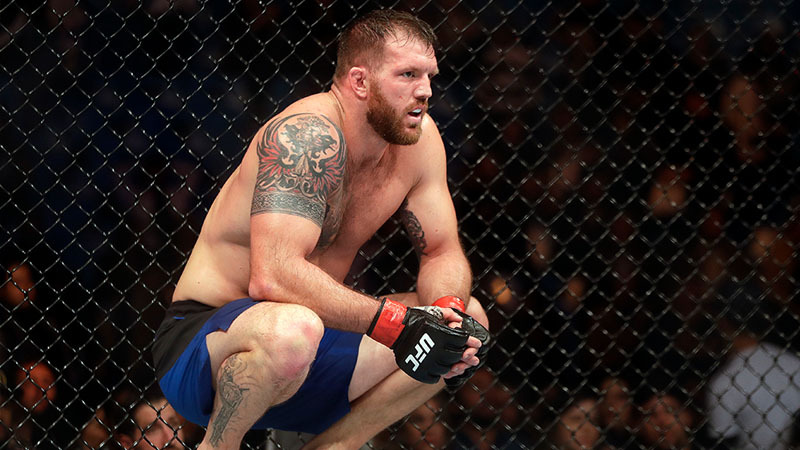 Bader, who was an NCAA Division I All-American Wrestler, was part of a ‘Curtain of Distraction’ that Arizona State deploys during their games.

A former student of the school, Bader appeared alongside two giants Pikachus during the segment and had nothing more than his Bellator Championship wrapped around his waist.

What is happening at Arizona State … pic.twitter.com/RHQriACW4A

The ‘Curtain of Distraction’ was done to distract the opposing team during a free throw attempt and Bader’s appearance proved to be a huge surprise for the fans in attendance.

With a professional record of 24-5 to his name, Bader is currently the Bellator Light Heavyweight champion. The former UFC fighter, however, will be participating in the Bellator Heavyweight tournament where he will face Muhammad Lawal.

Bader is currently on a four-fight winning streak and is undefeated in Bellator so far.