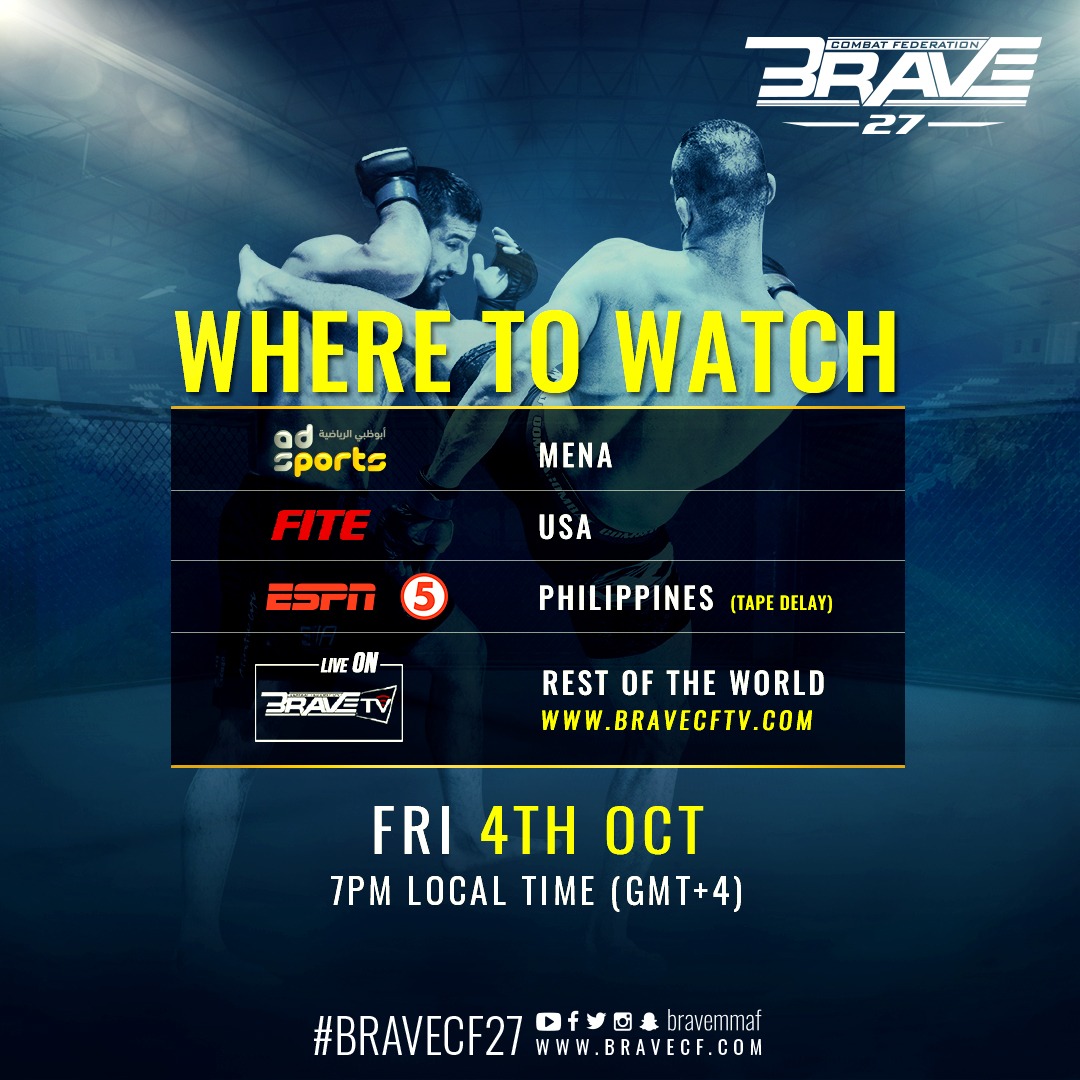 BRAVE Combat Federation, the fastest-growing MMA promotion on the planet, makes its much-awaited return to the Middle East this Friday, October 4th, for BRAVE CF 27. The show will take place at the Mubadala Arena, in Abu Dhabi, and will host another chapter of the most intense rivalry in the history of BRAVE CF, as Welterweight world champion Abdoul Abdouraguimov grants a rematch to former titleholder Jarrah Al-Selawe.

Fans from around the world will be able to watch the historical show live and free on BRAVE CF TV. All they have to do is go to bravecftv.com, sign up and prepare themselves for the best action Arab MMA can offer, as the biggest stars from the region face off against top international athletes.

The only exceptions are for fans from MENA (Middle East and North Africa), who can catch the action on Abu Dhabi Sports. BRAVE Nation in the USA can go to FiteTV, and BRAVE CF’s following on the Philippines will be able to watch the show on ESPN5 (with tape delay). BRAVE CF TV will be available to the rest of the world.

BRAVE CF 27 has gone viral as the two men involved in the main event got into a brawl during the ceremonial weigh-ins, with the video of the pre-fight melee going around the globe in several media outlets.

Aside from Abdouraguimov and Al-Selawe, some of the biggest names in BRAVE CF history will be in action, such as the returns of Mohammad Fakhreddine and Tarek Suleiman, who take on Christofer Silva and Rustam Chsiev, respectively, as well as Khamzat Chimaev, who will look to maintain his undefeated record against internet sensation Mzwandile Hlongwa.