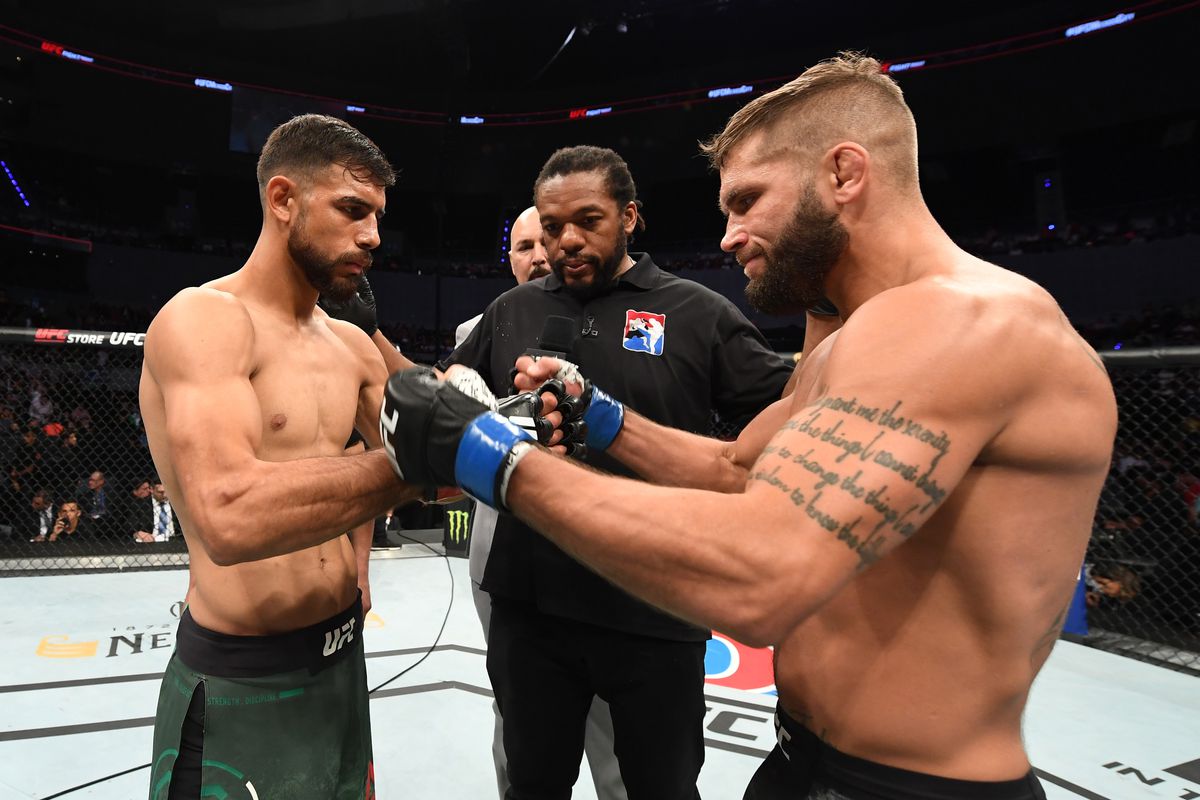 The main event of last weekend ended on a terrible note for Jeremy Stephens and for fight fans that had waited for it. An eye poke by Yair Rodriguez meant that the fight ended in just 15 seconds of the very first round.

The crowd was upset as the center of attraction for the night was ruined before it had even properly started. The anti-climatic ending generated a lot of negative reactions from the crowd. And the crowd involved some UFC fighters as well.

After Jeremy was poked in the eye, he was taking his time to try and recover. Meanwhile, Brian Ortega and Cain Velasquez were rallying up the crowd to chant not so pleasant slurs at Stephens.

Not a good look from Cain and Brian pic.twitter.com/P8CdJfOBAW

While the literal meaning of Puto is much more derogatory, in common tongue, it is used to describe an unmanly act such as cowardice. In the video, Ortega can been seen clearly instigating the crowd to fire the insult at a fighter that has been poked in the eye.

Such acts of indecency are not expected by any crowd around the world. However if the crowd alone does it, it is still understandable, if not exceptable. But what is beyond the realms of understanding is how two men who have themselves faced the vagaries of the Octagon can go to such levels. Even if this was carried out as a joke , or as a way bringing more energy to the crowd, it is still not acceptable.

Stephens has given the statement that his eyes are just a little sore. He has a laceration, a small cut over both my eyes, but all in all nothing major. Stephens and Rodriguez even ran into each other at the hotel and almost got into a scuffle.

All this happening point to the possibility that the rematch between the two will take place very soon.