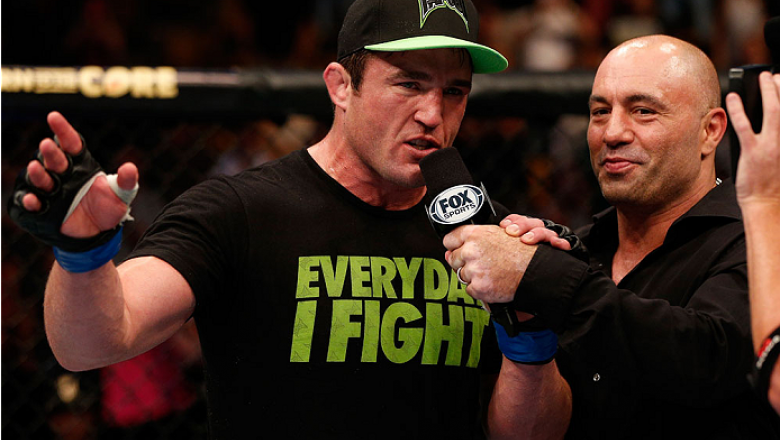 Former UFC fight and amateur wrestler Chael Sonnen and 2012 London Olympic champion in amateur wrestling Jordan Burroughs have been having a bit of a rivalry lately. It all began when Sonnen had asked Burroughs to test his skills inside an octagon under MMA rules, he was even willing to give Jordan a hefty $50,000 pay-cheque for it. However, the latter declined the offer claiming that he earned more than it in wrestling and instead asked for $500,000. Sonnen has now verbally dismantled and destroyed Jordan on ESPN’s show Ariel and The Bad Guy. 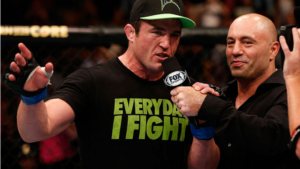 Sonnen went on a rant about Jordan Burroughs even explaining how he had never earned $50,000 or even close to that figure in wrestling. He further said that because Jordan is not a familiar face so he will never receive half a million dollars to fight. Here’s what he had to say:

I believe that he is the 2nd greatest athlete alive, but I am also sharing Ariel that we follow a different culture over here. If you raise your hand and you speak up in this business. Somebody is going to come after you. I thought it was also that way in the wrestling world, it was like that when I was there.

Now Jordan is not being honest, he is saying that, “Oh I’ve been paid more in the wreztling world.” Excuse me Jordan, no you haven’t. You have entered tournaments and taken on five guys, but the one time you got 50K dimes was from a billionaire, to whom I spoke to this morning and he (Jordan) got $10,000 ROI. You are a $40,000 loser Jordan. So you are not really worth that kind a money because people don’t even know who you are.

You can watch the video of Sonnen’s rant down below:

Hey @alliseeisgold I respect you, but go back and put your singlet on… my sport isn’t for you. pic.twitter.com/GIkU47CIN0

Previous articleCOMPLETE CARD ANNOUNCED FOR ONE: WARRIORS OF LIGHT IN BANGKOK ON 10 MAY
Next articleUFC Fight Night: Overeem vs. Oleinik