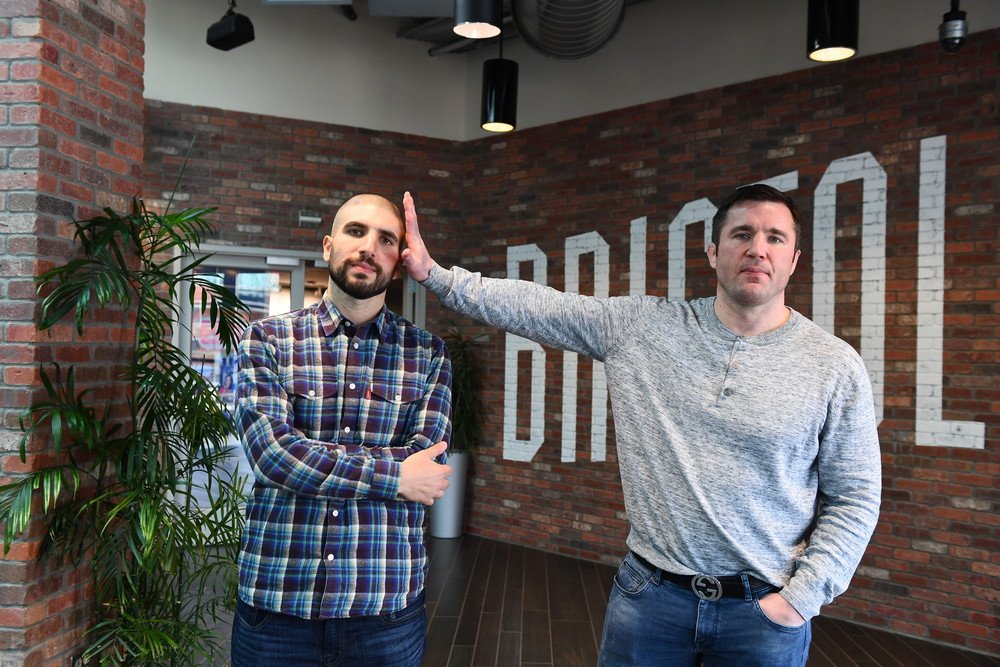 Chael Sonnen has his name etched in UFC history with one the best call outs of all time. Even after retiring from active competition if ‘The Bad Guy’ hasn’t forgotten one thing, that is how to cut a promo for a fight.

Speaking on ESPN’s Ariel and The Bad Guy, Sonnen would go on to mention reasons why Jorge Masvidal vs Conor McGregor should happen. A major proponent of the call-out era in mixed martial arts, Chael mentioned what goes on to sell a fight.

“Remember when people use to call everyone out on the microphone, ‘I don’t care who my next opponent is’. The message was loud and clear – I don’t mind fighting anybody. But the truth was if the fighter doesn’t care then we don’t care as well. Now we are in the call out phase. But people are missing one thing, Ariel. Promotion is nothing more than story telling”, Sonnen said.

“There are 5 W’s to story telling – Who, What, When, Where and Why. Dana White will tell you the when and where. We all know the what. You are telling us the who in the call outs. But you’re forgetting the why. You can’t just leave that dangling. Don’t leave it for the audience to connect the dots.”

The peak of success that Masvidal is on right now is unprecedented for him. By his historic knockout of the erstwhile undefeated Askren, Masvidal has tapped into an array of non mixed martial audience. Ariel Helwani said that how after a long time non MMA people were interested in a non-McGregor fight. However, the major bottleneck in the fight being happening is Dana White. The President believes that Masvidal is too big for Conor. Chael Sonnen, however, thinks that beneath this statement lies the brilliance of Dana.

“Oh non no no my friend. You are missing the brilliance of Dana. A little press will be good for McGregor. But you’re talking about a bad guy vs a bad guy.This is very rare and heels draw money. And I think Masvidal could out bad Conor’s bad. Conor would actually get some praise from the audience. He would have to work very hard to be a rougher guy than Masvidal. That could be a perfect fight for Conor to come back.”

“Let’s talk about Dana White. He doesn’t want Conor to fight Masvidal because he thinks Masvidal is too big for him. Ariel, read between the lines. Dana thinks that Masvidal will beat McGregor. You think that is gonna sit well with someone like McGregor. Conor is likely to step up to that. The genius knew what he was doing. I think that statement as to why we won’t get the fight, is likely to bring us closer to the fight.”

Helwani seemed to be in total agreement with Sonnen. He mentioned that three fights made the most sense for Masvidal at this moment. A title fight with Usman, a money fight with McGregor or a fight with Nate Diaz. On the first look a fight with Diaz looks so much fun. However, Helwani was of the opinion that Diaz and Masvidal may end up respecting each other.

While Masvidal is not the first one to want a big payday by fighting McGregor, his claim does seem to be strong enough. However, McGregor does what he wants to. The Irishman has reached levels of stardom where no one yields control over him.

Masvidal’s manager announces his next fight: Kamaru Usman for the belt or Conor McGregor for the money