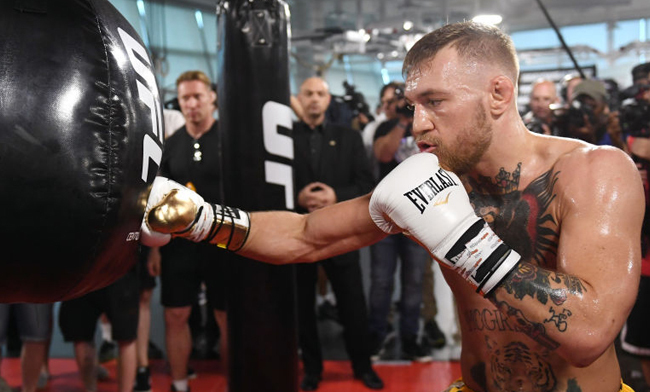 Conor McGregor stepped inside the boxing ring to compete at an amateur fight at the local Crumlin boxing club in Dublin, Ireland. The former featherweight and lightweight UFC champion looked slick and had a terrific head movement throughout the bout. 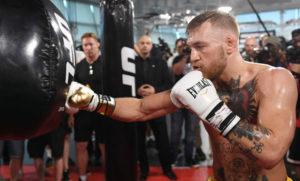 The Irish star initially got started as a combat sports athlete in Crumlin Boxing Club when he was only 12-years old. He then later migrated to the world of Mixed Martial Arts where he fought in the biggest MMA organisations in the world and became a global sensation.

🇮🇪👏 Conor McGregor returned to Crumlin Boxing Club tonight and took part in his first boxing match since the Floyd Mayweather fight – doing a few good-spirited rounds with one of the amateurs.

Although it isn’t clear what type of event this was, according to MMAjunkie it could have been a charity event. The last time McGregor stepped inside the ring was back in 2017 when he faced former five-division world champion Floyd Mayweather Jr. and lost the fight via TKO in the tenth round.

According to a Dublin based super-welterweight pro boxer Martin Wall, this was an annual show to raise money for the Boxing club in order to pay for trips to the United Kingdom for the younger fighters throughout the year.