Watch: Conor McGregor rolls with Dillon Danis on the ground and he looks good! 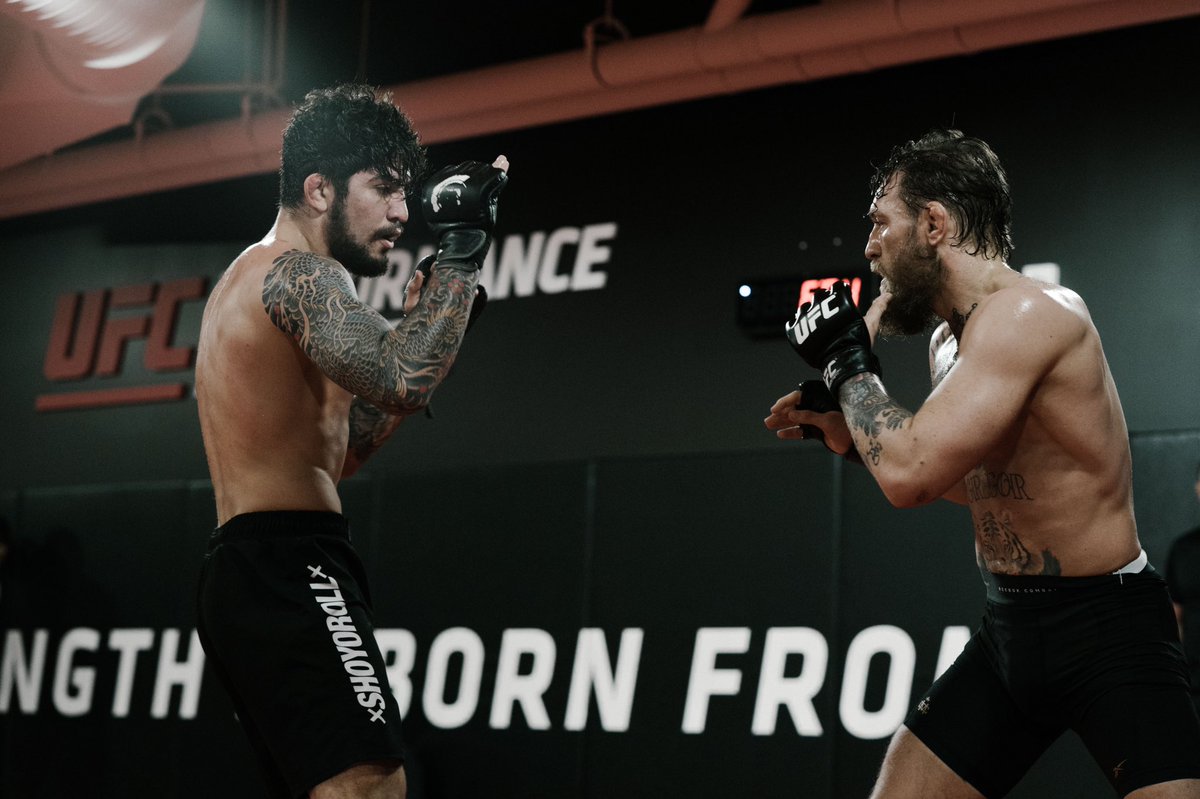 Conor McGregor has always been deemed as a striker. His biggest wins in the UFC have come via his striking prowess. Conor has also had a history of struggles with wrestlers.

The first time he fought an elite wrestler was against Chad Mendes. Even though McGregor knocked him out, Mendes had the Irishman in all sorts of troubles during the fight. His last fight against Khabib Nurmagomedov was a reaffirmation of the same.

Therefore, this time around McGregor has been laying special emphasis on his ground game. And that seems all the more appropriate given his opponent. Cerrone is excellent on the mat having racked up 17 victories via submission.

Conor’s jiu-jitsu coach Dillon Danis shared a video of him and ‘Mystic Mac’ hitting the mats ahead of the fight against Cerrone this weekend.

Cowboy, in an interview with ESPN, has claimed that he wants to test his striking against the best. And for that reason he will refrain from hitting the ground against his next opponent.

Despite Conor getting ready for all possible contingencies, he is still playing mind games against Cerrone regarding takedowns.

First one to shoot’s a cowbitch 🤠

Of the two fighters, Cerrone is the one with options. He has a more well rounded game compared to his counterpart. Therefore, how the fight plans out will largely depend on where Cowboy wants to take it.

Previous articleUFC News: Alexander Volkanovski not keen on Max Holloway rematch after watching back their fight
Next articleCowboy Cerrone discusses his UFC 246 payday