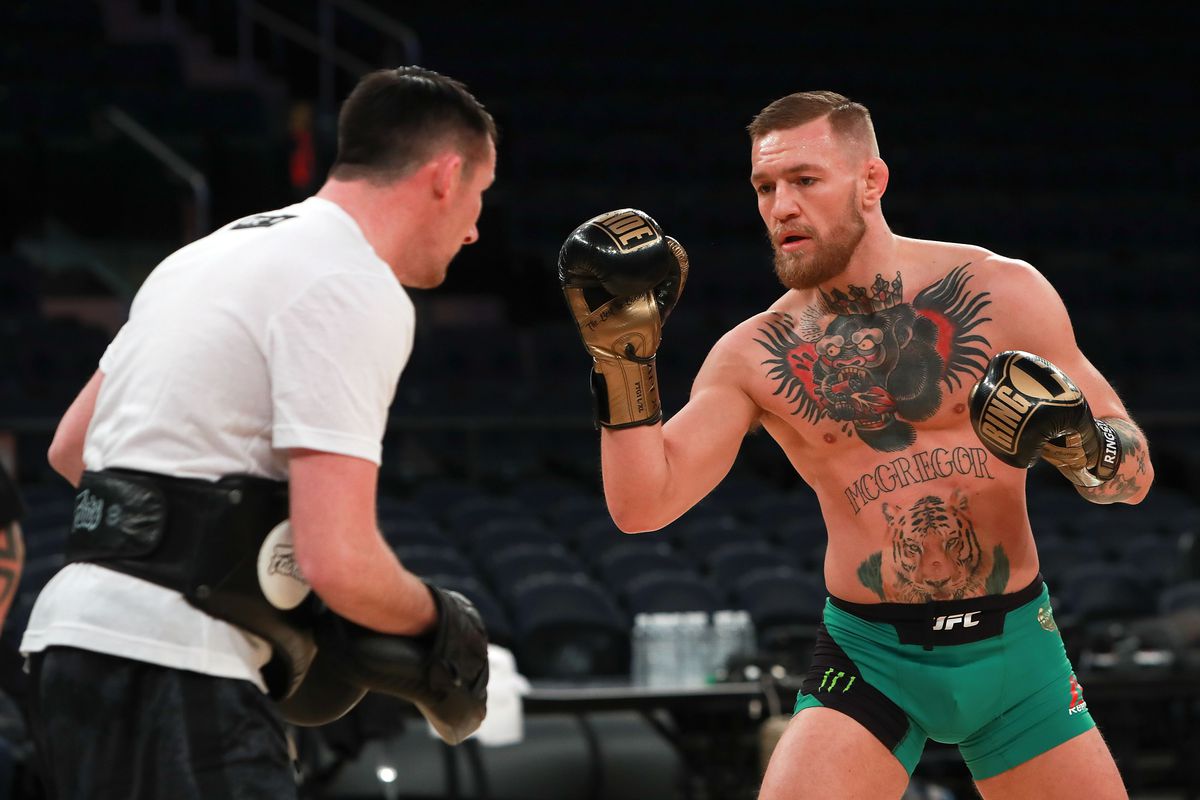 When a Conor McGregor fight is around the corner, people expect it to be a spectacle. And more often than not, it begins way ahead of the time he enters the Octagon. His Octagon appearances have always been characterized by a lot of build up prior to the fights.

Compared to those previous outings, he has stayed relatively quite this time around. But that doesn’t mean that he hasn’t given his fans their share of peek into his preparations before the fight. A while back, in a video released by The Mac Life, McGregor talked about how he was feeling moving into the final few weeks before the fight. He had also shed some light on why the fight was taking place at 170 pounds.

And now he has dropped a video on Instagram that shows him hitting the pads in his boxing gloves at the UFC Performance Institute in Las Vegas.

Pad work at the UFC P.I

Clean work at the gym with my team while DJ Bissett blasts the tunes! #9days #McGregorRecords

The video showed a smiling and chirping McGregor who started out by sharing some pleasantries with his known ones. He then went on to spar round by round inside the Octagon. The fans commented that the former two division world champ looked very light on his feet, something that they felt was missing in his last fight.

If Conor wants to make easy work of “Cowboy” then he has to rely heavily on his left hand. At the same time, he can’t afford to gas out early against a fighter like Cerrone who picks his pace up in the later rounds of the fights. On top of that, he would have to work on his ground game as well owing to the fact that Cerrone has a very underrated ground game. Plus the fighter with most wins in UFC history also has 18 submission victories under his belt. That would have been more than enough motivation for the Irishman to hit the mats as well.

Previous articleCowboy to Conor McGregor: Trash talk all you want but don’t go for a low blow!
Next articleJulianna Peña to take on Aspen Ladd in UFC comeback fight