Watch: Cowboy asks Dana White if the winner of his fight is the next contender 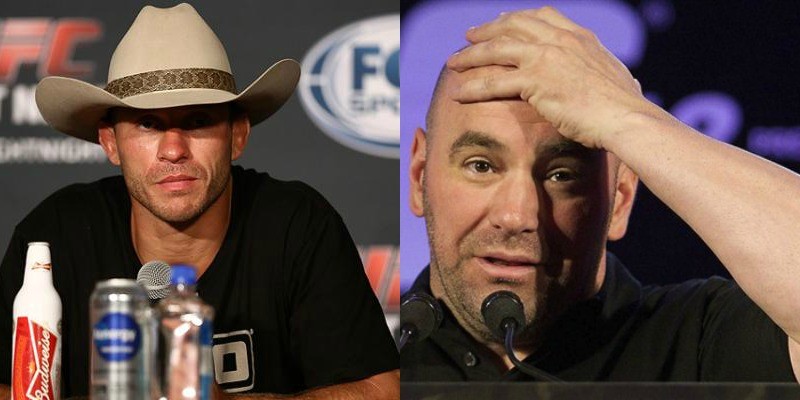 In a mouth-watering contest, former UFC interim lightweight champion Tony Ferguson is all set to fight Donald ‘Cowboy’ Cerrone at the United Center in Chicago, Illinois at UFC 238 tomorrow morning.

This is an important fight for both guys as the winner of this fight will be the top contender to face the winner of Khabib Nurmagomedov vs. Dustin Poirier. But so far no such official announcement has been made by UFC president Dana White. 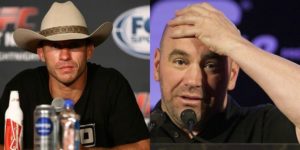 Cowboy is riding on a three-fight winning streak having beaten Mike Perry at welterweight and then dropping down and beating Alexander Hernandez and Al Iaquinta at lightweight.

So during the ceremonial weigh-ins, Donald Cerrone took it upon himself to ask Dana White if the winner of his fight against Tony Ferguson is guaranteed a title shot.

So… title shot!?@CowboyCerrone was mic'd up at weigh ins. #UFC238 pic.twitter.com/TKqoiIEEGQ

“Hey, the winner is undeniably fighting for the belt, right?”

Although, even though the winner of this fight deserves the shot at the title, it’s pretty obvious that it’s not entirely confirmed as former UFC featherweight and lightweight champion Conor McGregor is also gunning for a rematch with Khabib Nurmagomedov.

Who do you think wins tomorrow morning at UFC 238?

Previous articleDana White: Nobody cared about DJ, but people do care about Henry Cejudo
Next articleKhabib and Dustin Poirier will take part in a UFC 242 presser in London