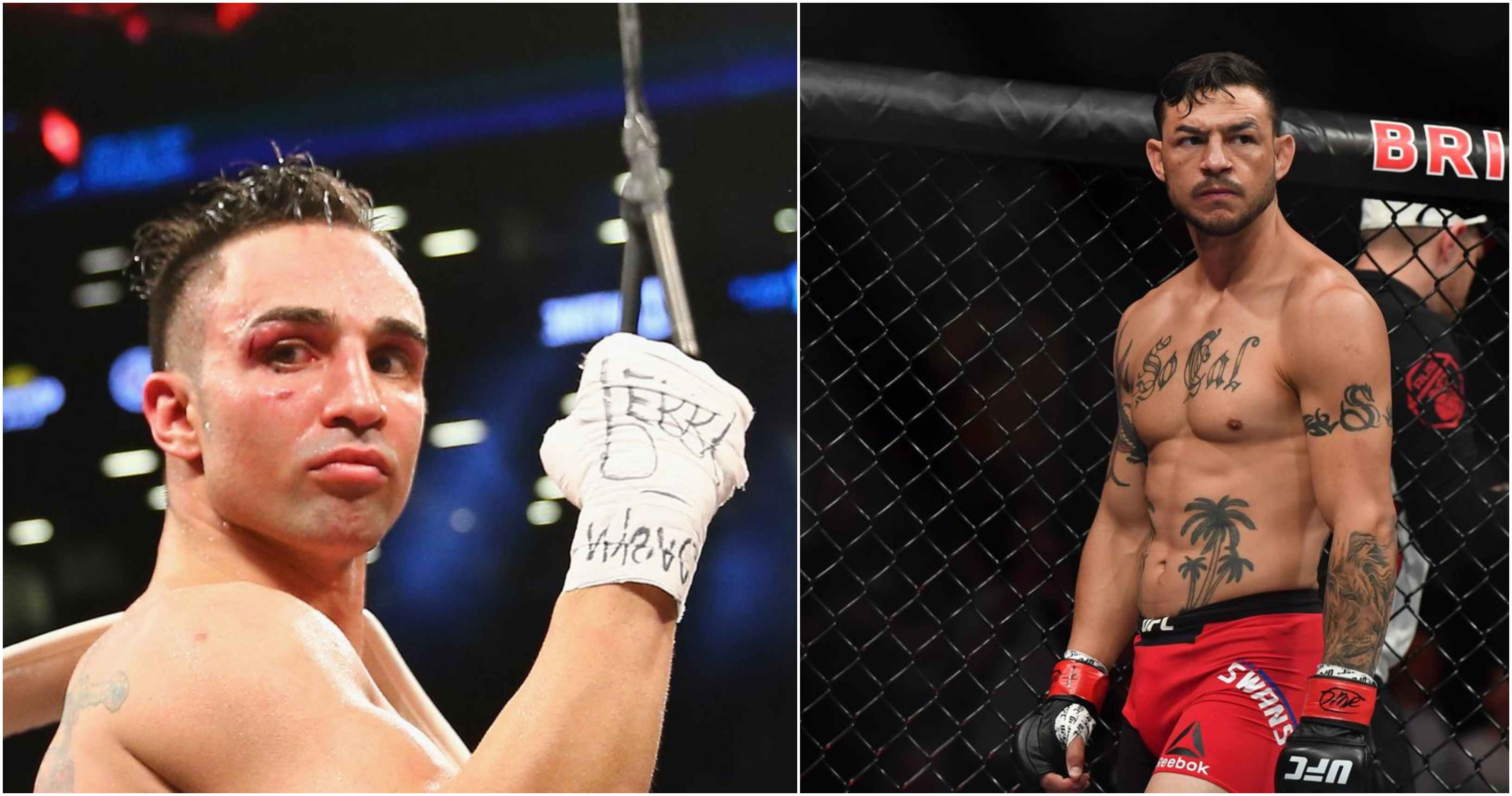 UFC featherweight Cub Swanson is all set to fight BJJ legend, Kron Gracie at UFC Fight Night 161 which is taking place at the Amalie Center in Tampa, Florida on October 13.

This is an important fight for Swanson who is currently on a four-fight losing streak. However, during the UFC Fight Night 161 media-day event, Swanson revealed that he was in talks with former world champion Paulie Malignaggi back in 2017 to fight on Mayweather vs McGregor undercard on August 26. 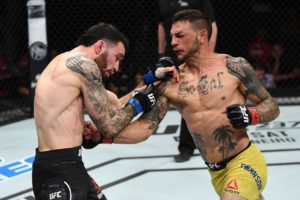 At that time Swanson was scheduled to fight Artem Lobov and was on a three-fight winning streak. The fight with Paulie never materialised and Swanson defeated Lobov via unanimous decision at UFC Fight Night 108.

Who knew @CubSwanson was actually in talks to box Paulie Malignaggi on the Mayweather-McGregor card? 🤔

“I would have loved to do a boxing match and still possible in the future…uhh…I don’t see it as bif as it was. In fact, people don’t really know but I was talking to Paulie Malignaggi via twitter when the Mayweather – McGregor thing was happening and I thought the whole card should be Boxing vs MMA and I was really trying to push for that and we verbally agreed to fight and trying to make that happen”

“But I had to fight Artem…you know strangely enough in three weeks and I didn’t think anyone would take me serious if I was asking for a boxing match when I was headlining fights three weeks before…So I told him after the fight that we would talk about it and by then the deal was already done and he said that he couldn’t get anything done on his side and I couldn’t get anything done on my side and it was just never talked about it again,” Cub Swanson said during the interview.

Had Swanson and Malignaggi fought, they would have earned a seriously good payday as the fight generated 4.4 Million PPV buys in North America alone and generated nearly $55 Million in ticket sales.

Who do you guys think would have won between Swanson and Malignaggi had they fought?

Previous articleWatch: Kron Gracie explains why he decided to join Nick and Nate Diaz’s camp
Next articleIsrael Adesanya’s coach reluctant on Jon Jones fight because of the type of person he is