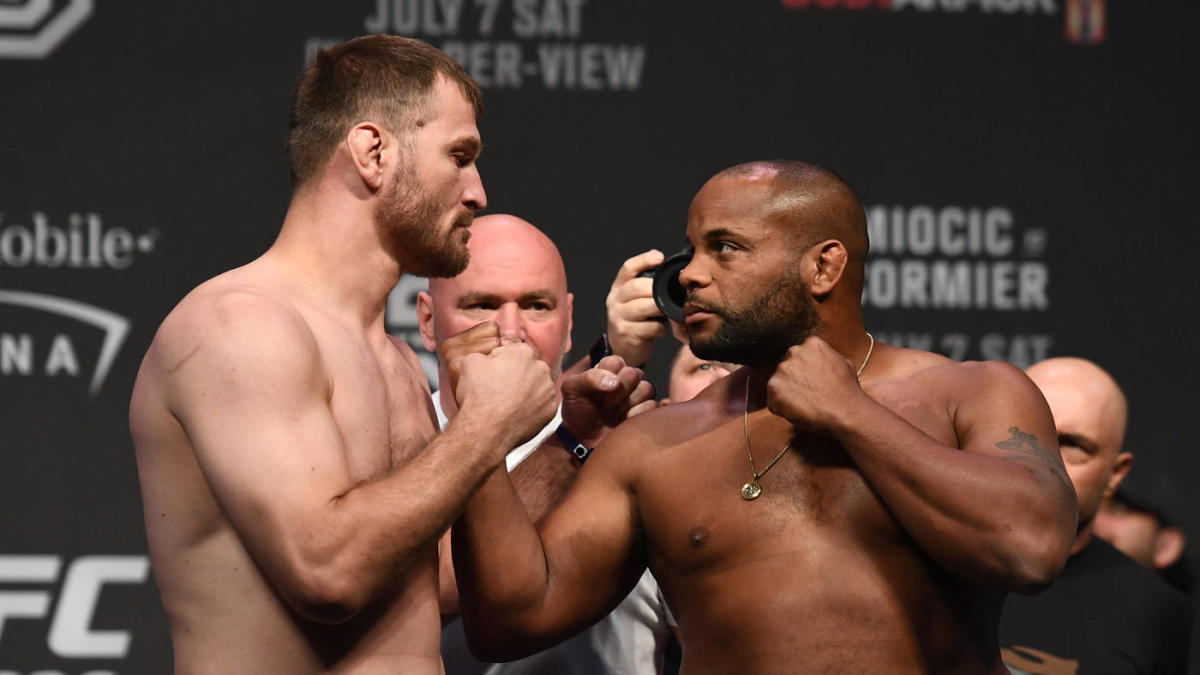 This weekend at the T-Mobile Arena in Las Vegas, former UFC heavyweight champion Stipe Miocic will try to regain the title he lost to current champion Daniel Cormier as he was knocked out in the first round at UFC 226 last year. 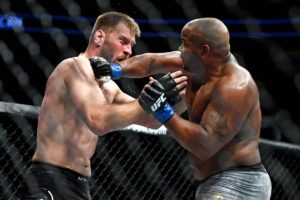 Ever since that loss, Miocic has been asking for a rematch with Cormier. Both fighters are known to be extremely respectful, there is a slight grudge between both of them. According to Cormier, the former champ is angry at losing his title and has totally changed after the loss and that he will be looking to exploit his emotions.

“I couldn’t give two shits about his feelings,” Cormier told the media at the open workouts. “I was watching something called Destined today, and he said, ‘I get so upset thinking about it. It just pisses me off.’ And then his wife said something to the effect of, ‘When people talk trash it just makes it worse for them.’ Well? The good thing about our job is, we get to punch each other in the face. So, I’m gonna keep talking, and it’s his job to shut me up.”

“He has changed after the loss,” Cormier continued. “I think, honestly, as an opponent, it would be tough to spend six weeks with me anyways. I’m not saying I’m pleasant to be around, especially when I’m digging at you constantly. But, I think he could deal with it before the first fight, because there was the idea that he was gonna win. But, when you lose the fight, it becomes much more difficult. So that’s why I think you see him so pissed off at me.” (H/T – BloodyElbow.com)

Do you guys agree with Daniel Cormier? Has Miocic changed after the loss?