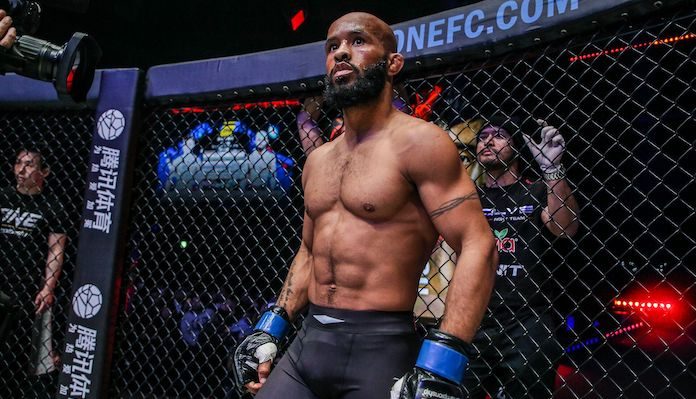 Last year, UFC traded Demetrious Johnson to ONE Championship for Ben Askren. He was traded after he lost his UFC flyweight title to Henry Cejudo at UFC 227 last August.

Ever since that trade Johnson has been on a dominating run in ONE championship. He is on a three-fight winning streak in the new organisation and he also won the Flyweight Grand Prix in Tokyo last month at ONE: Century. 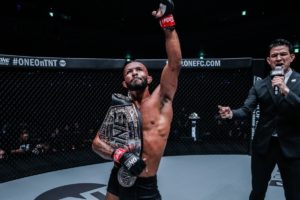 In a recent appearance on Never ESPN with hosts Cliton Yates and Steve Covino, the former UFC flyweight champion talked about his experience fighting in Asia and his interaction with Asian fans.

“The audience there [Asia] are very very educated[about Martial Arts] because it’s part of their culture. They have grown up doing it,” he said.

“Here in America, as childrens we are doing football, basketball….maybe wrestling…but over in Japan or China, they’re doing some form of Karate…as a kid in Thailand..you’re doing Muay Thai..kick a bamboo tree…so that’s like a difference in culture and when you competing the crowd is very quiet. When you pass a guard or something technical..they’re like [Claps] ‘Wow!! that’s beautiful’…..it’s very different,” Johnson added.

Johnson has recently called out Adriano Moraes, who is the current ONE Flyweight champion.

Nate Diaz walking away from the fight game

Previous articleIsrael Adesanya has no interest in moving to Boxing
Next articleWalt Harris feels that missing stepdaughter Aniah Blanchard may have been ‘set up’; police indicate ‘life threatening injury’