Watch: Dillon Davis gets sucker punched in the face in a New York City club 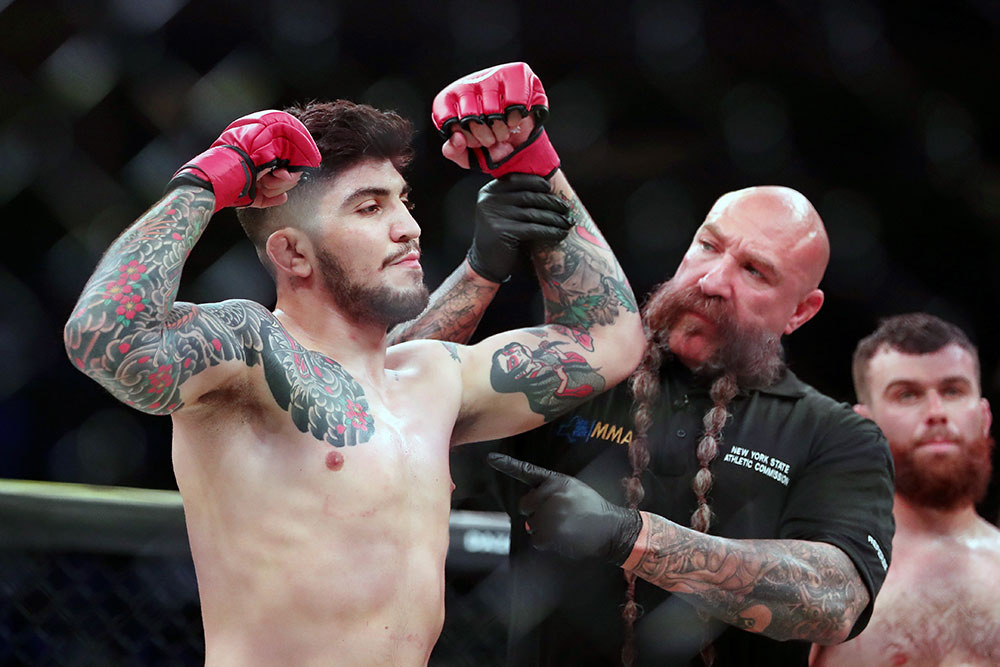 Dillon Danis seems to be developing a taste for brawls. A video has emerged recently that showed the Bellator prospect being punched from behind by a man in a New York City club. A fight broke after following the slap.

The video was originally obtained by The Daily Mail. The scene is of an early morning on Saturday at The Box, a burlesque club, in the Lower East Side of Manhattan. Among a lot of people, a shirtless man jumps and punches Danis. The latter attempted to retaliate with an open slap but ended up falling on his back. From the noises it was clear that a brawl was triggered due to all of this.

An unnamed eyewitness told the Daily Mail, “I was scared. It was vicious. Dillon was just sitting down relaxing, and that shirtless guy with the yellow garland just attacked him. …

“All the security rushed in, and loads of people, including Dillon, ran outside with me.”

MMA journalist Ariel Helwani tweeted that he received a text from Dillon stating that he was okay. He is said to have quoted, “Another day in the life of Pablo.”

Danis last competed inside the Bellator at Bellator 22 last month. He defeated Max Humphrey in the first round in a 175 pound catchweight fight. Prior to that he was serving a seven months suspension for his involvement in the post UFC 229 main event brawl.