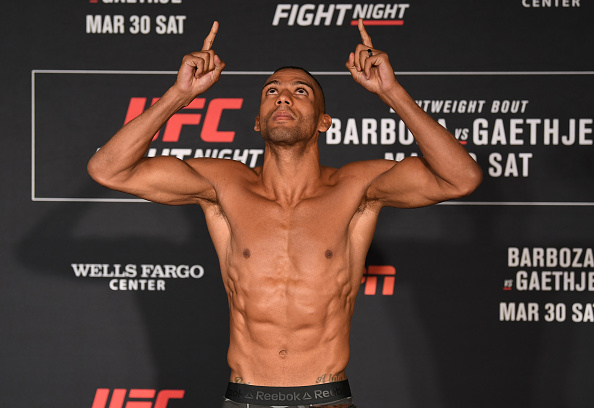 On Unlocking Victory, Dominick Cruz and Gilbert Melendez focused on the reason that Edson Barboza’s leg kicks are so lethal. Edson Barboza will be taking on Justin Gaethje on this week’s UFC on ESPN event.

Barboza is known for his leg kicks, with the help of which he has eliminated many of his opponents.

Gilbert Melendez and Dominick Cruz concentrated on the leg kicks of Edson Barboza in their discussion, as they revealed the reason because of which they were so effective.

While Gilbert Melendez described the mechanics of what happened, Dominick Cruz explained what happens to a fighter after that, with their leg being incapacitated.

“The key to what Gilbert is saying is ‘you can’t’. It’s hard to understand when you’re watching it on tv. You’re just like ‘Just keep going, be tough’.”

Justin Gaethje better be prepared for Edson Barboza, or he may fall victim to the kicks next.”