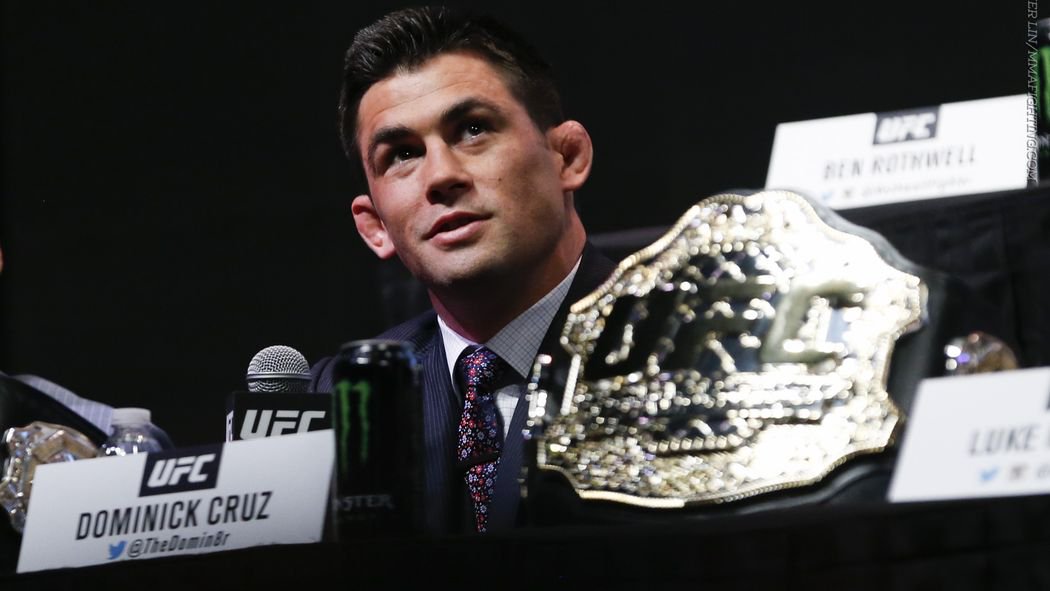 Despite not having competed in the UFC for the past three years, Dominick Cruz still hasn’t forgotten the art of mental warfare. And the current double champ Cejudo calling Cruz out for a tune-up fight has what ignited the fire back in “The Dominator”.

One of the best talkers in all of mixed martial, Cruz fired back at Cejudo stating that despite all his accolades Cejudo can never reach his level. He even went on to say that the UFC is interested in looking to book a fight between the two.

“He’s acting like he’s beat a bunch of people that haven’t been beat before. So that’s what I didn’t really understand. However, the shirt he’s wearing in the video has my name on it, so that’s cool. A tune up fight? Yeah, I am going to tune him up, so he got that right. He knows I’m going to tune him up, it’s that simple,” said Cruz during an interview with Ariel Helwani.

“I think UFC is pretty interested in booking us. You have to look at what’s been done. I set the most records in this division, first-ever to hold the title here. I had it for the longest time of anybody in the division and the people that I beat to get to the title, I didn’t have an easy road,” he added. “And not to mention my own setbacks that I’ve had on top of that.”

“The things that he has done in the sport, you have to tip your cap to him in the sport of wrestling. But in the sport of fighting, he is still very green, very new and extremely soft. This man has been catered to his entire life because coaches his whole life have seen him as a super athlete. So they always pull him out of the masses and take care of him, coddle him, baby him. He came straight out of high school to the Olympic training center to compete in wrestling,” Cruz said.

Cruz last stepped inside the Octagon at UFC 207 where he lost his title to Cody Garbrandt. Since then, a series of injuries have been preventing him from stepping into the ring again.

Previous articleWatch: Dustin Poirier to auction off his UFC 242 kit for the Pygmy people in Uganda
Next articleUFC 242 Embedded: Vlog Series – Episode 3