Watch: Dustin Poirier reveals what Max Holloway asked him in the locker room after their first fight 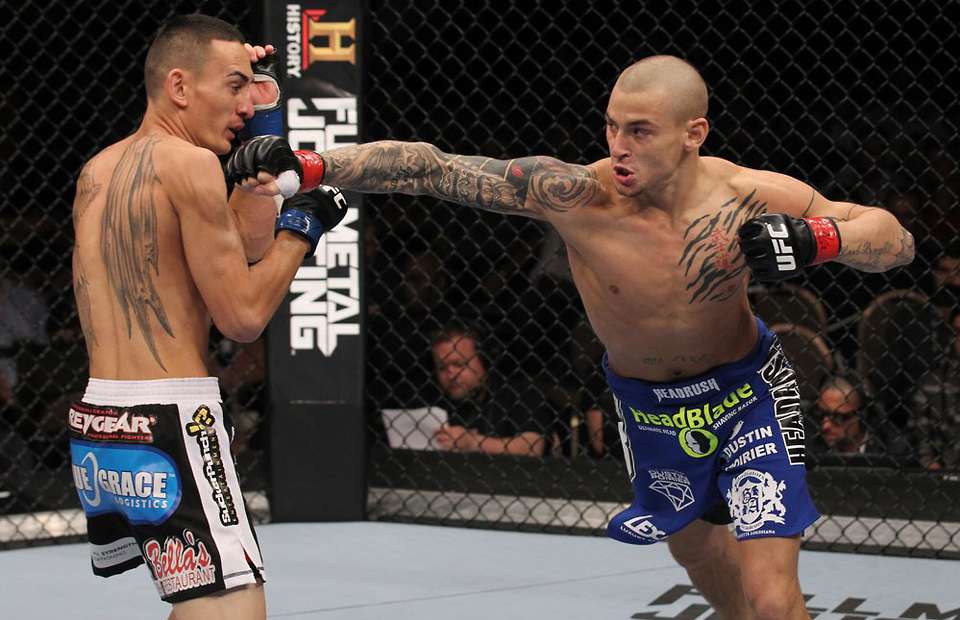 A mouth-watering rematch clash between UFC featherweight champion Max Holloway and top lightweight contender Dustin Poirier is going to take place at UFC 236 less than two days from now for the interim lightweight title at the State Farm Arena in Atlanta on 13th April 2019. 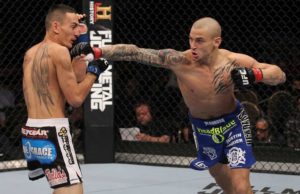 Dustin Poirier recently gave an interview to ESPN MMA, where discusses his long journey to a title shot and his approach to fighting Max Holloway on Saturday night and also revealed how down to earth guy Max Holloway is and what he asked him in the locker room after their first fight.

“I have a lot of respect for the guy….as a person, I remember when I beat him, he came to the locker room after and started talking to me asking me I guess he read somewhere that I cook a lot and stuff, he was just a normal down to earth kid man, really….. good guy and we kinda spoke  a little bit at UFC 199, we both fought that night, he fought Ricardo Lamas and I fought Bobby Green that night,” Poirier said.

“It was good catching up and we never had any animosity towards each other and I have a lot of respect for this guy and I understand how good this guy is, he is on the pound for pound list for a reason and I am just excited for the challenge.” He added.