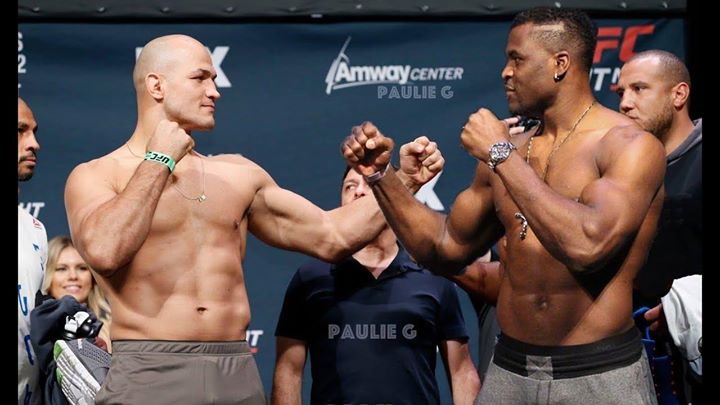 Francis Ngannou, in an interview recently, has said that he does not believe that JDS is a black belt in Brazilian Jiu Jitsu.

We can say that Ngannou’s word’s carry some weight, as we have seen Dos Santos attempt just one submission in his career and it was an ill-fated guillotine which did not work and his then opponent, Cain Velasquez slammed his head into the mat.

I think I’m the best boxer in the heavyweight division, and I think I’m going to prove it on the 29th,” he said. “I think he’s a very good boxer, but I’ll have to show that I’m better than him.”