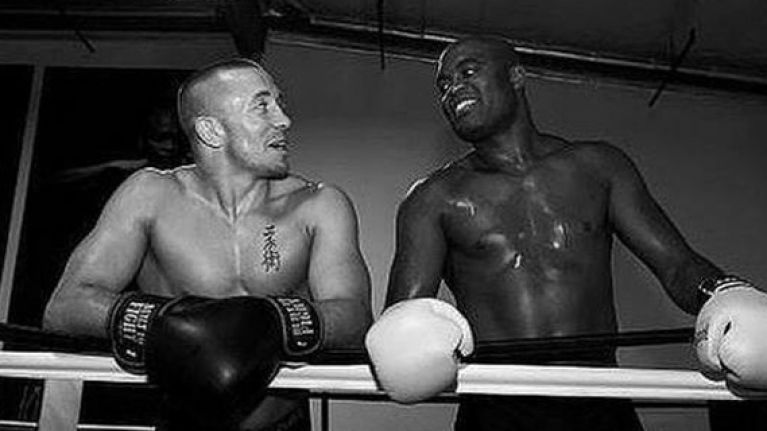 The former UFC welterweight and middleweight champion Georges St-Pierre and the former UFC middleweight champion Anderson Silva are two of the greatest fighters the world of MMA has ever seen. Like Lionel Messi and Cristiano Ronaldo in Football and Virat Kohli and Steve Smith currently in Cricket, fans were lucky to grow up watching two of probably MMA G.O.A.Ts in the same era. Like the other sports athletes I mentioned above, fans were similarly eager to watch GSP and Spider Silva compete directly against each other in a fight. However, that failed to materialize. Though, after a long time, fans did get to watch the two at least square off against each other quite recently.

GSP and Silva ran into each other in a promotional event in Las Vegas, Nevada, USA. The two finally obliged to give the fans what they wanted and fulfilled almost what seems like a life long wish for many to see two of greatest face off against each other. 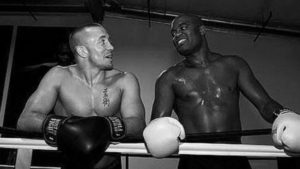 Below is a video of popular combat sports website MMA Junkie’s video of the two squaring off:

Watch: Cain Velasquez does the unbelievable yet again inside the pro wrestling ring