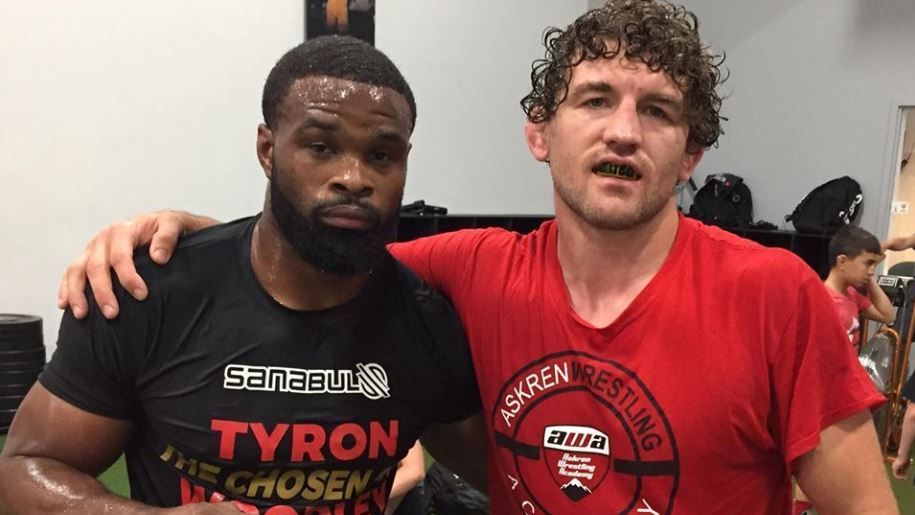 Tyron Woodley and Ben Askren are both fighting at UFC 235. While Ben Askren is about to make his debut in the UFC with a fight against Robbie Lawler, Tyron Woodley will defend his UFC Welterweight Title against Kamaru Usman.

Ben Askren was adamant that he had done nothing wrong, and wanted to know why Kamaru Usman was mad. He said that he had called him Marty, but Usman had already said that he did not care about that.

Tyron Woodley tried to answer the question in his own way. He said that the way he saw it, Usman had been trying to get rid of the ‘Marty’ nickname. With Ben Askren calling him that, he had unwittingly taken all his ‘hood credit’ away. So, while Usman denied it, that was the real reason he was mad at Askren.

Askren added that all he wanted was to fight Usman in a cage later and not at an event.

It appears a fight between Usman and Ben Askren may be a possibility for the future.

Previous articleDillon Danis not bogged down by NSAC suspension; happy to have hit Khabib in UFC 229 brawl
Next articleMike Winklejohn predicts new, improved and scary Jon Jones at UFC 235
- Advertisement -