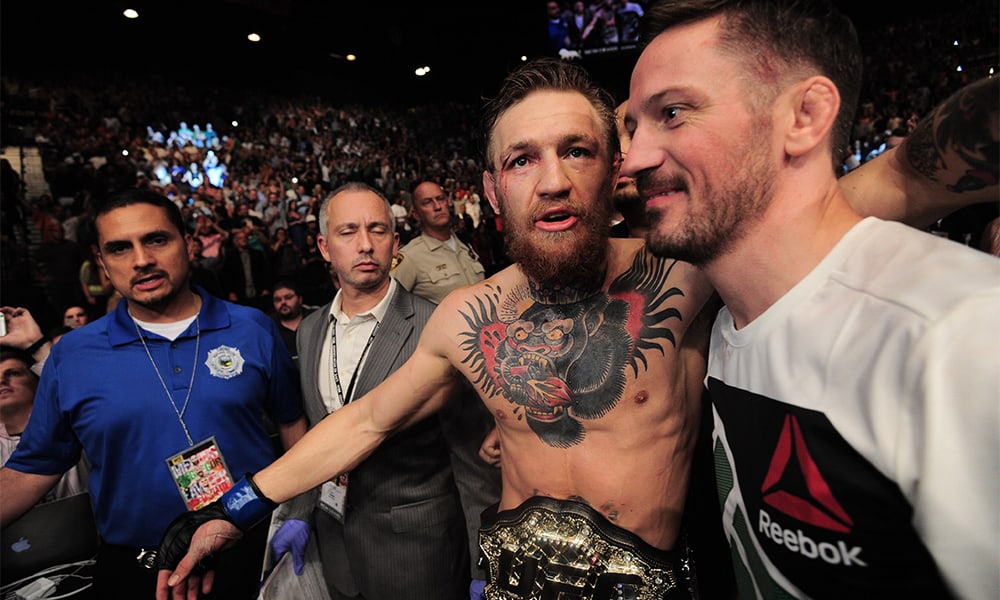 Most seasoned coaches have a fixed way of coaching their fighters. That generally involves having a game plan against every opponent. SBG Ireland head coach John Kavanagh has taken a different course of action. He thinks Conor McGregor knows more about fighting than everyone else in the camp put together.

In a recent interview with The Mac Life, Kavanagh weighed in on Conor’s current form and how his training regimes have been playing out.

“It’s not so much about us coaches sitting down to game plan and then filling Conor in. Conor knows more about fighting than the rest of us put together.”

McGregor was a mere shadow of his former self in his last fight against Khabib Nurmagomedov. His lack of motivation caused coach Kavanagh to say that he had to be convinced about Conor’s motivation to fight before he coached him again.

But the air seems to have been clear between them with due course of time. John feels that the ex-champ is the “best he’s ever been” due to “consistency over the last few months” and is “smiling on the mat.”

Stepping into a new weight class, Kavanagh expects a new ending to Conor’s fight against Donald Cerrone. He is hopeful for a knockout but not in the opening rounds.

“I could see it being in the championship rounds,” John said. “That’s the mindset I personally have – and be ready for that. Now, he could spark him in seconds. But there’s a bit of extra weight involved, so I think in the later rounds.”

McGregor has recently said that he wants the year 2020 to be a season. Both him and his coach expect to fight thrice this year. One of the expected match ups that has been brought up a lot is that with Justin Gaethje.

“I don’t really concern myself with those side of things”, Kavanagh answered on whether or not he Gaethje has a right to be angry with Conor getting a Khabib rematch before him. “You can generate a lot of noise online and get everybody’s attention if you mention Conor’s name. But just to look at Gaethje as an opponent, he’s a very good competitor, a hard-hitter, comes forward with a lot of pressure. His match up with Conor would be fantastic and the fans would love it.”

Cowboy on Conor fight at 170: What’s wrong if he wants to eat in the holidays?