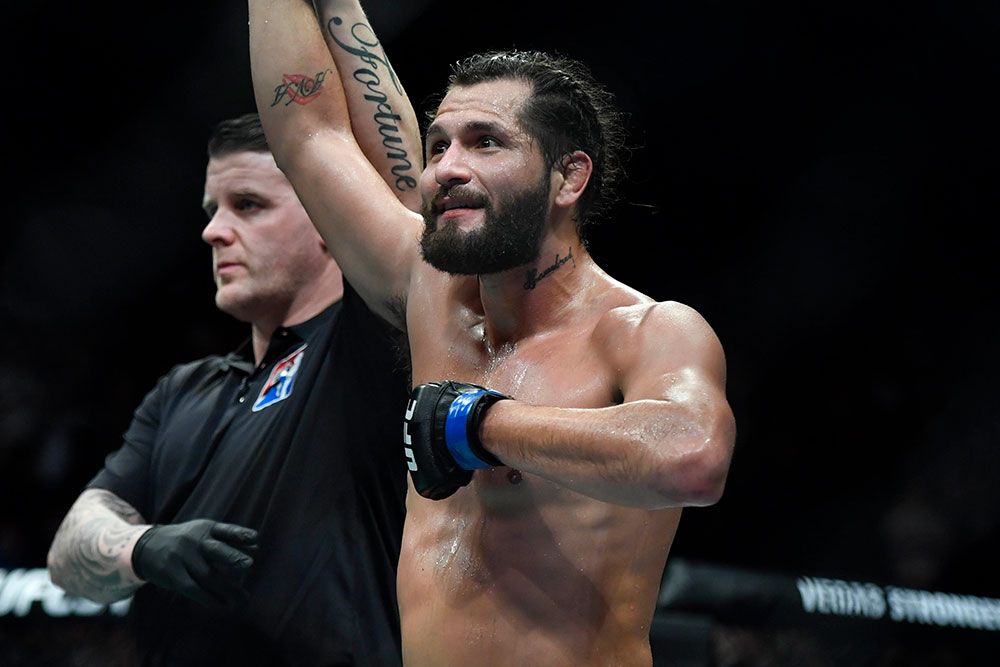 Jorge Masvidal attacked Leon Edwards during the backstage interviews segment after UFC London. There was a lot of confusion around what sparked such an extreme reaction from Masvidal. However, he later told Brett Okamoto of ESPN the reason as to what led to such a brawl.

Masvidal told Okamoto that Edwards had been calling him out on social media and while he was passing him by during his backstage interview, he shouted that he will ‘kick’ Masvidal’s a** in July. While Masvidal just approached him to talk, Edwards put his hands up and got into a fighting stance. Thus, before Edwards could punch him, Masvidal in self defense punched Edwards first. Here’s what he had to say:

He (Leon Edwards) is one of those hooligans man. He is like talking crap on social media and I have seen him here, doesn’t really address me as a man. I wanted to talk to him you know and he is just dodging me.

So I was doing my interview and this hooligan came passing by saying some stuff like, ‘July, you’ll get your ass kicked. July! July!’ and I’m like ‘Maybe bro, whatever’. Cause maybe I don’t want to kick his ass in April, maybe I want to kick his ass right now. Maybe I don’t want to fight him, cause he is not worth the training camp. I’ll just fight him here, cause he is a scrub you know. So I just told him to say it to my face.

As I was walking towards him, I had my hands behind my back to signal that I’m not coming here for problems. But he put his hands up and walked towards me. Where I’m from, if you do that it means you are going to punch me in the face and that is not going to happen.

You can watch his entire video down below: