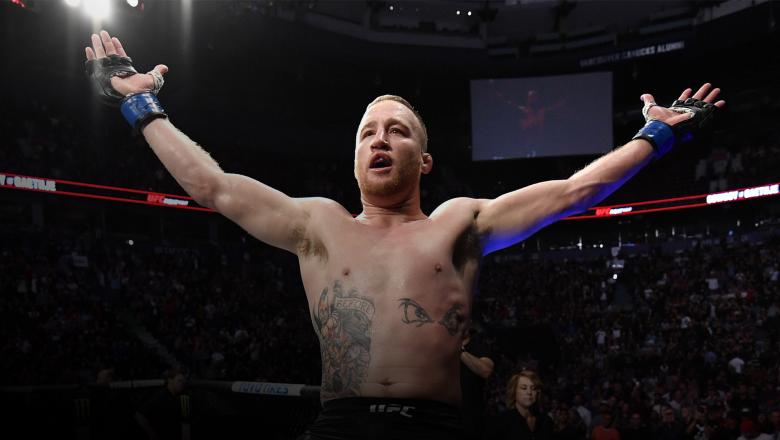 Justin Gaethje came in as heavy betting underdog when he stepped into the octagon to fight Tony ‘El Cucuy’ Ferguson in the main event of UFC 249. Gaethje then bamboozled fight fans all across the globe with a stunning performance in which he brutalized Ferguson with some heavy shots that would have put anybody else completely out. In the fifth and final round, a bloodied Ferguson was again hit by big punches by Justin as referee Herb Dean stepped in to stop the fight. Gaethje did not just win this essential title eliminator bout but also got his hands on the UFC interim lightweight belt. However, he refused to accept the title and even walked out of the octagon without it.

It should be noted that the lightweight title belts have long been considered as a joke by many fighters and fans alike. Their legitimacy has always been under question. 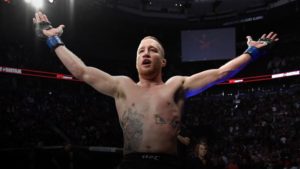 Gaethje did not accept the interim belt and in fact, as he walked out of the octagon empty-handed, his coach had to instead carry the title belt out.

You can check the video of him walking out of the octagon without a belt down below:

.@Justin_Gaethje truly wants no part of that interim belt. His head coach Trevor Wittman had to carry it out of the octagon. 😂#UFC249 | More: https://t.co/N8mXceTwxO pic.twitter.com/MBDvMIHG1h

In an interview back in March before his first official undisputed title defense against Yoel Romero, Adesanya had called interim belts a ‘sick joke’. He even claimed that they do not mean anything, “If you look on my belt, it’s got one ruby that says April 11, Atlanta and then the next ruby is, October 3, I think, in Melbourne. It’s the exact same belt I got when I won my “interim title”! The exact same belt! I thought they were gonna give me a new belt that’s the ‘Undisputed Title’. But no, they just put a ruby on it. Think about it logically. Interim titles don’t mean sh*t if that’s the rule.”

UFC News: Georges St-Pierre to be inducted into the UFC Hall of Fame 2020

Previous articleUFC News: Georges St-Pierre to be inducted into the UFC Hall of Fame 2020
Next articleWatch Justin Gaethje claim he doesn’t remember the first round after getting ‘smoked’ by Tony Ferguson