Watch: Kevin Lee and Ben Askren go back and forth over a training session years back 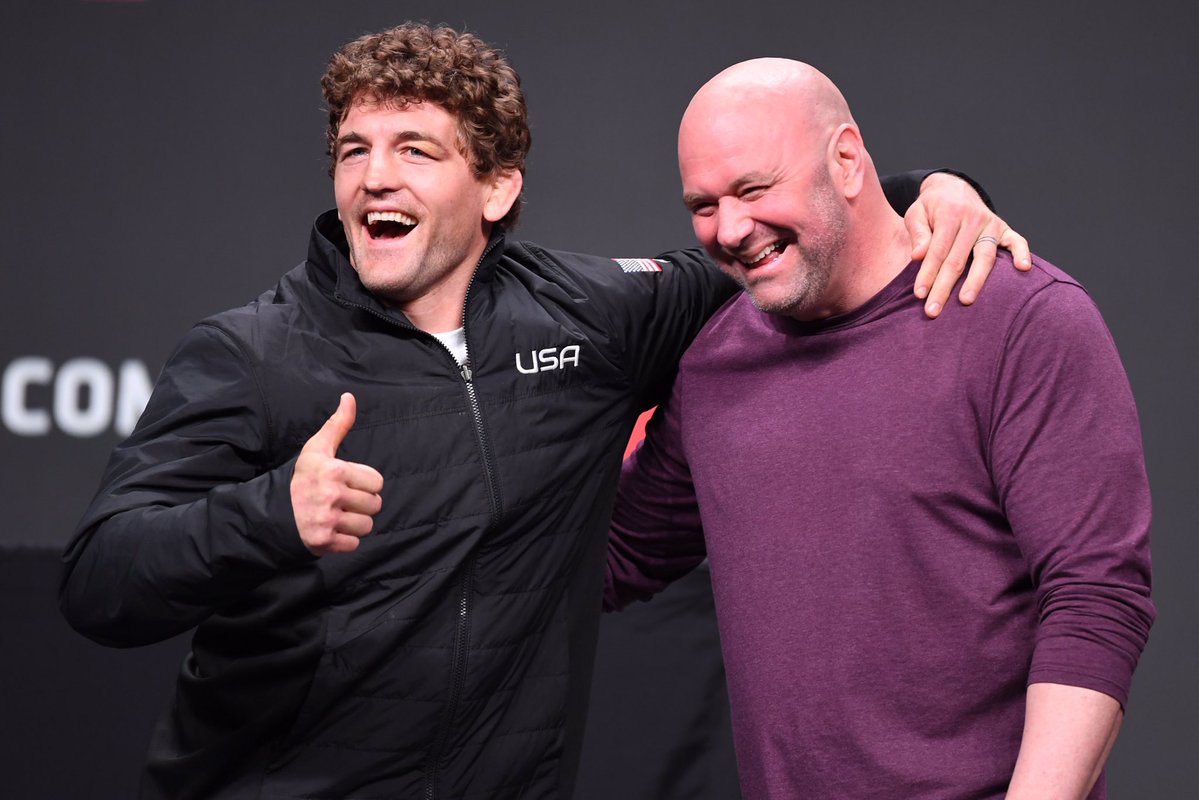 The spotlight seems to somehow find a way to reach Ben “Funky” Askren. Even if he is not the one who searching for the same.

During the UFC’s seasonal press conference Askren’s next opponent, Jorge Masvidal, was not present. But that was not enough to stop Askren from gaining the limelight. However, Askren’s name was first brought into the context by a reporter who asked Kevin Lee if he was interested in the idea of a match-up with the undefeated Askren. The welterweight debutant, Lee, already has a fight booked with Rafael dos Anjos for next month. However, he said he is always looking for challenges and would surely fight Askren in the future.

“I said I want to compete against the best,” Lee said. “So, if Ben and me end up meeting, then that’d be some fun. He’s got the curly hair going on, so I might be interested in that. It’s a good little clash of styles.” 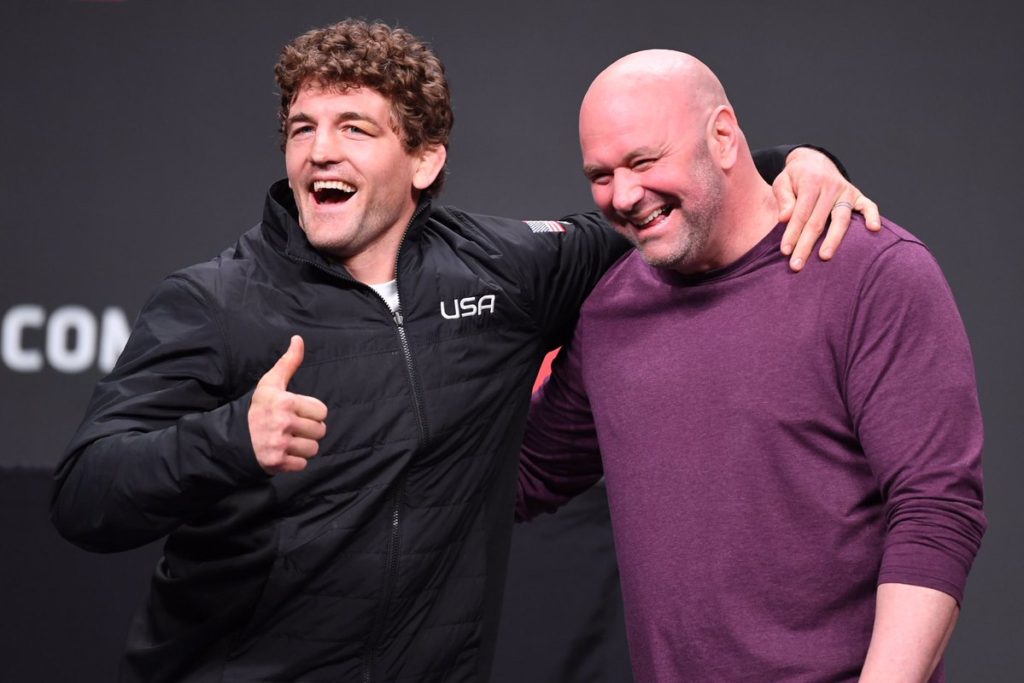 Lee did talked about his desire of fighting for “showing some real violence” against Rafael dos Anjos. The statement from Lee was didn’t come as a surprise after he dropped a decision loss to Al Iaquinta in his last fight. However, just as he finished Askren took the charge of the mic.

“Once upon a time in Milwaukee, a young Kevin Lee showed up at Duke Roufus’ gym,” Askren said. “Duke said, ‘Hey, there’s this young kid, can you work out with him? And it was just too easy to take him down. I start feeling really guilty about it.”

True to his personality, Lee couldn’t just sit back and listen and fired his own shots.

“Your stand-up was so bad that it was like, I didn’t want to hit you that hard,” Lee said. “And you went full blast on a double-leg, as I’m like, touching – Let’s tell the story. If you want to tell the story, speak some truth. If you know me, you know me. But speak facts. Facts when you see it.”

Despite the banter, both of them had a smile on their faces.

“I didn’t want to disappoint Duke by not having you come back,” Askren said, to which Lee answered with a smile.

Ben Askren is set to meet Jorge Masvidal in June on at UFC 239. The fighter will look to maintain his unblemished record and look to gain credibility after a controversial ending to his UFC debut.