WATCH: Khabib Nurmagomedov dominating the No.1 Wrestler in America 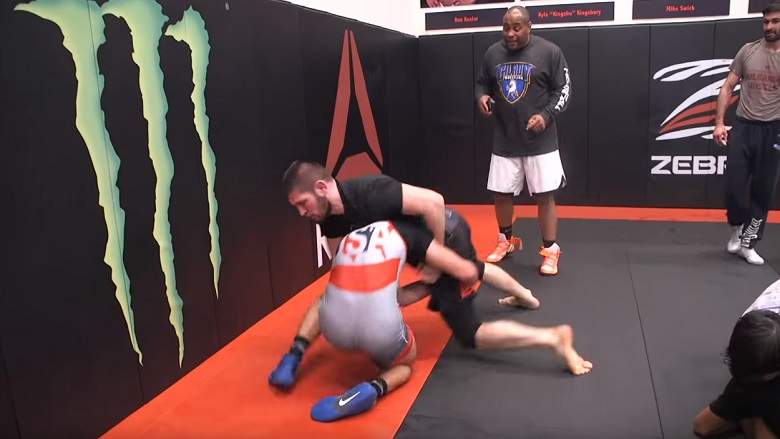 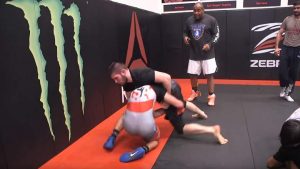 Born and brought up Dagestan, the Russian is arguably the greatest wrestler MMA has ever seen. With a clear record of 28-0-0, Khabib has been wrestling since he was a child, and has been trained by his father and coach the late Abdulmanaap Nurmagomedov. He joined the UFC in 2012 and has since defeated and dominated fighters like Conor McGregor, Dustin Poirier, and Al Iaquinta. His strategy going into the octagon is very clear – to take the opponent down and drag him to the fence, and maul him. He has been very successful in pulling this off up until now, but on occasions, we’ve also seen glimpses of his striking abilities.

There is no questioning his wrestling abilities in an octagon, but many full-time wrestlers are of the opinion that Khabib doesn’t stand a chance in pro wrestling. Names like Jordan Burroughs often come up when talking about Khabib’s biggest threats in wrestling, and it is hard to deny that Jordan could totally beat Khabib in a pure wrestling match after we saw what he did to Ben Askren.

However, Khabib put any doubt on his wrestling skills to rest in this video, where he is seen wrestling the best high school wrestler in America.

This is still so cool to me. Yes I like khabib pic.twitter.com/fxMC6l66Lv

Saldate is a young and sensational wrestling prospect who is currently making his way to the top of the heap. In the video, it is clear how phenomenally good Khabib’s wrestling is. Although it looks like a light sparring session, Khabib is still seen dominating Chase. We have also seen a video of him wrestling his friend Daniel Cormier in a training session, where he is able to effortlessly pick up DC and throw him to the ground twice. It’s not very often that we see a Lightweight wrestler pick up and throw an Olympic heavyweight wrestler like that.

In a recent interview, when the champ was asked the question of who he finds more dangerous between Justin Gaethje, Conor McGregor, and Tony Ferguson, the champ said Justin Gaethje was way more dangerous than Conor and refused to acknowledge Conor as a potential threat to his belt anytime in the near future. He also mentioned that he thinks Tony Ferguson’s time has passed, and that he is no longer a threat.

Do you think Gaethje is the biggest threat to Khabib’s belt?