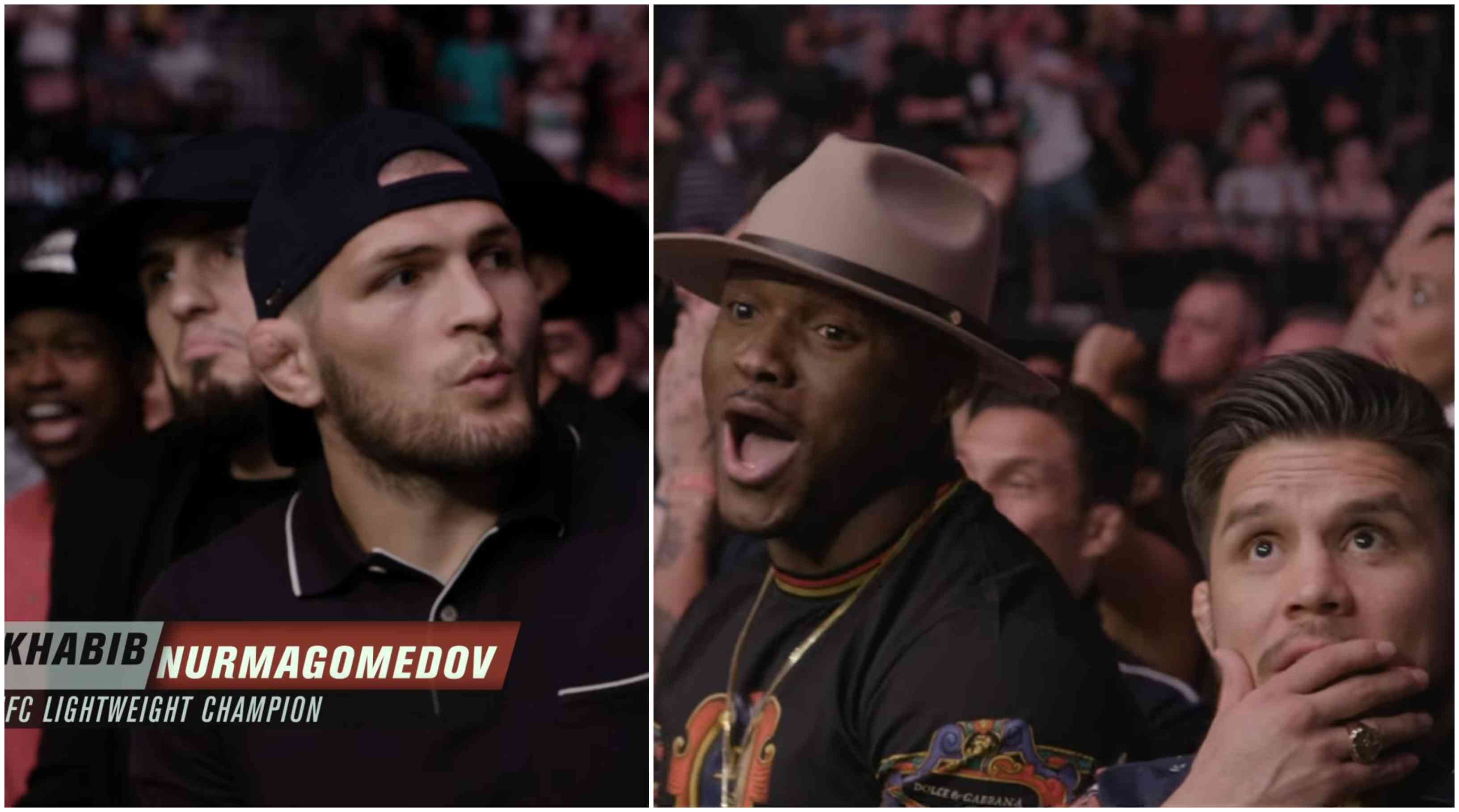 The knockout shocked everybody including the fighters that were ringside. However, the current lightweight champion of the world Khabib Nurmagomedov’s reaction was priceless.

Numerous celebrities including 8-times NBA all-star Dwight Howard and  Los Angeles Clippers head coach Doc Rivers were also present and they had the same shocking reaction to the knockout.

What did you guys think about the knockouts? Were you also shocked?