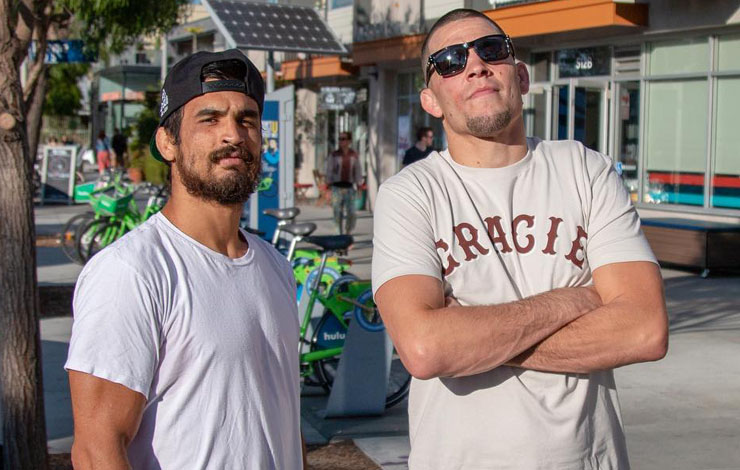 UFC featherweight and BJJ legend Kron Gracie is all set to fight Cub Swanson at the Amalie Center in Tampa, Florida on October 13. This is Gracie’s only second fight in the UFC and he is already the co-main event in the UFC.

Kron Gracie trains with Diaz brothers and is their longtime friend and he even cornered Nate Diaz in his last fight at UFC 241 against Anthony Pettis. Gracie, however, is extremely happy the way Nate Diaz rose to stardom and that the UFC has created a new BMF title for his upcoming fight against Jorge Masvidal at UFC 244 in Madison Square Garden in New York. 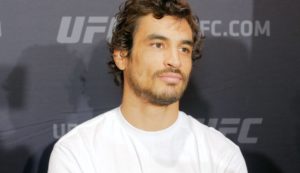 “I think it’s beautiful,” Gracie told reporters at UFC Fight Night 161 media day on Thursday. “Nate’s finally getting what he wanted, the recognition that he deserves, and he basically took that. He didn’t ask nobody for no favours, and no one was giving him no time of day at a certain point. He basically took that into his own hands, the power of his mind and his training and his fights and everything, and he was like, ‘You know what, I’m going to just go take what’s mine.’ He did. That’s all thanks to him and his spirit.”

“He created this belt out of thin air, and now it’s a belt,” Gracie said. “I saw it on ESPN, and it said ‘Masvidal is fighting for the BMF belt.’ On ESPN it was a little thing and I was like, ‘What the (expletive)? They’re fighting for a belt now?’ This guy is amazing. It goes to show. I don’t need to say how impressive that is and how much of a star he is. I knew that from the beginning. I knew what he was and how powerful him and his brother are.”

He also revealed the reason behind joining Nick and Nate Diaz’s training camp.

“I was looking at all the fighters when I was getting into fighting, and I was like, ‘Hmm,’” Gracie said. “There’s a bunch of teams next to my gym, all these places. Where am I going to go train for a fight? Who do I want to train with?’ Nick and Nate. I was like, ‘These guys are it. This is where I want to learn and what team I want to be with.’ I made the decision, and coincidentally around the same time, Nick and Cesar (Gracie) had asked me to come help him train Georges St-Pierre the first time when it got cancelled. So we already had a connection there.

UFC is coming back live this Sunday as Jairzinho Rozenstruik (11–1) will clash against Ciryl Gane (7–0) as the headline event of UFC Fight...
Read more
- Advertisement -