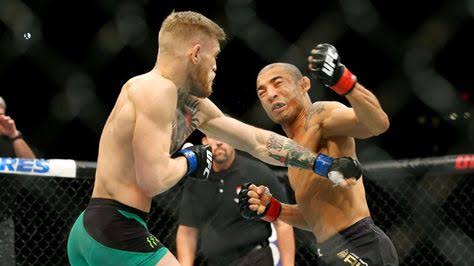 Such infamous quotes are again arising as McGregor will make his much anticipated comeback after 15 months to take on Donald ‘Cowboy’ Cerrone at UFC 246 this weekend.

Keeping in mind that Cowboy is coming of two knockout losses, McGregor will surely test that chin. McGregor is known for his early storm, and if the knockout has to happen, it will happen probably by a popular weapon. As quoted by MMA wizard Firas Zahabi to be the ‘touch of death’, McGregor’s infamous left hand. 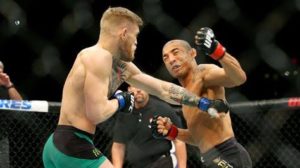 The snipper like left hand in same shape or form has been the weapon of choice in all of McGregor’s seven knockout wins in the UFC. Including both of his title winning efforts against Jose Aldo and Eddie Alvarez. Popular YouTube channel ‘TheWeasle’ made a detailed video on the technical aspects and the method to madness of the left hand. (via YouTube):

McGregor’s left hand generates legit power despite the minimal amount of telegraph behind it. However there’s more to it. A lot of striking techniques are a byproduct of proper setups meaning they have to be planted before execution.

The video explains however McGregor sets up that left hand. The trap actually begins from his lead hand (right hand, McGregor being southpaw). When his opponents are orthodox like most of them, McGregor leads his right hand long to the lead hand of his opponent, taking advantage of his 74 inch reach. The video also points to the fact as to how McGregor is so good at slipping and just getting away from punches. This usually triggers a power right hand from his opponents which McGregor slips fairly easily and counters it with a right hand.

However when Conor fights a southpaw, he uses the similar setup with a dimension. Here instead of reaching to his opponents lead hand, he reaches to their power hand (left hand for southpaws). This makes his opponents move to their right and eventually falling into McGregor’s left hand. McGregor used this approach when he took on southpaws Dustin Poirier and Nate Diaz in their rematch.

The video further explains few tools like lead upper cut and kicks which McGregor uses to measure distance before landing the left hand.