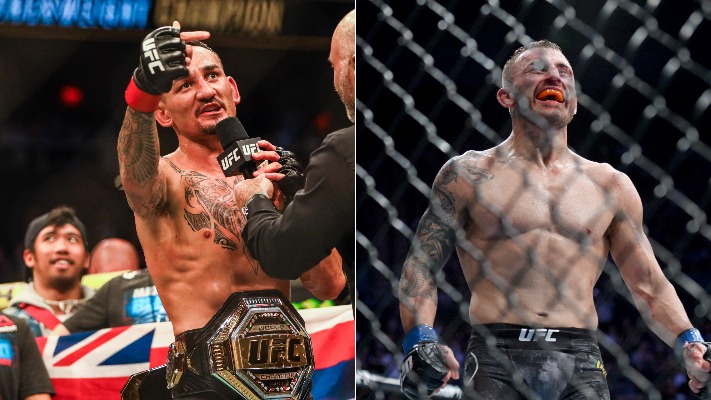 UFC featherweight champion Max Holloway is all set to defend his title against top contender Alexander Volkanovski at UFC 245 which takes place at the T-Mobile Arena in Las Vegas on Dec. 14.

This is also one of the most highly intriguing matchups of the year. Holloway also said Volkanovski presents a new kind of challenge for him. Previously, Holloway had said that he didn’t know much about Volkanovski and that he wasn’t on Holloway’s radar. 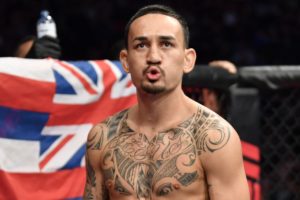 Speaking to Ariel Helwani of ESPN on his weekly show, the featherweight champion of the world cleared all doubts regarding this fight.

“He did what he did. he put himself in the right place at the right time and he did just beat the number 1 contender Jose Aldo, he went there [Brazil]. Kudos on that win…..and You know what….all I gotta say is GSP had multiple titles and he said defending belts are the hardest…..and I think when you’re defending, you’re earning already what you have…like I already have this belt, I earned it and it’s just hard to motivate yourself. I think we can all agree with that.

“You can think of former champions who have a hard time finding that motivation, so me and my team, we find motivation somewhere it presents new challenges to us and Alex presents a new challenge like I said before, you know I love cupcakes, a lot of flavours and Alex disguises a new flavour,” Holloway said of Volkanovski.

Max Holloway is coming off of an impressive unanimous decision win over Frankie Edgar at UFC 240 which took place at the Rogers Arena in Edmonton, Canada in July. In his fight against Alex in December, the Hawaiian has a significant height advantage over the Aussie. Holloway also talked about other challenges that the Aussie is going to present.

“I am taller than the dude, I do the longer reach, but he has more power than me…you know his power and stuff is another thing I am excited about…I can’t wait for the challenge….these are the things, you want to be the pound-for-pound the number 1 guy in the world, this is the kind of guy that you wanna go through, this is what everybody is talking about.” Holloway concluded.

Alexander Volkanovksi is also coming off of a spectacular unanimous decision victory over Brazilian legend and former UFC featherweight champion Jose Aldo at the Jeunesse Arena in Rio de Janeiro at UFC 237 in May.

UFC 245 will also feature a women’s bantamweight title fight between Germaine De Randamie and Amanda Nunes and a welterweight matchup between Kamaru Usman and Colby Covington.

Previous articleWatch: Israel Adesanya weighs in on why he wants to fight Paulo Costa next and a potential Jon Jones fight
Next articleUFC Singapore update: Five more bouts official, including Salikhov vs Staropoli, Barzola vs Evloev