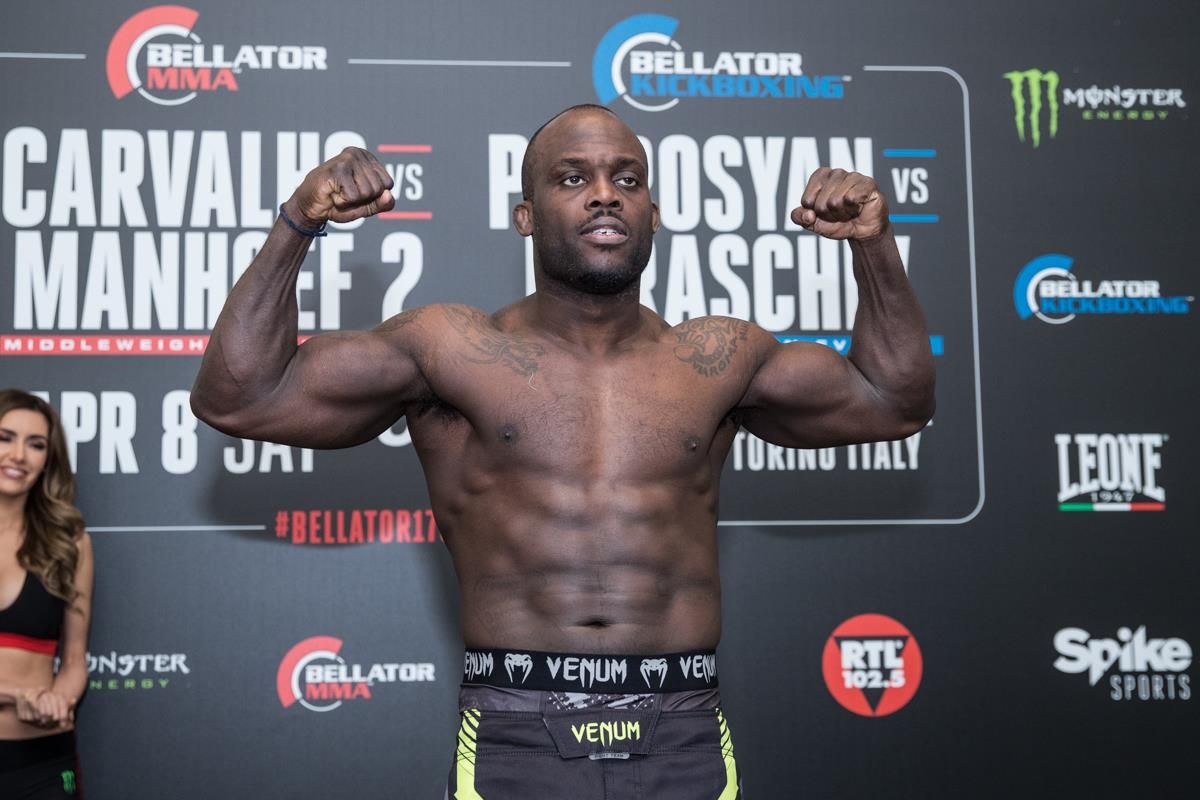 Melvin Manhoef and Kent Kauppinen are about to go toe-to-toe in their upcoming fight at Bellator 222 on June 14th at London, England.

Melvin Manhoef (30-14-1) is a well-known striker who has not fought an MMA match since April 2017 – a fourth-round head kick knockout loss to former middleweight champion Rafael Carvalho in the Bellator 176 championship fight. The loss was his second in a row at the hands of the Brazilian after he claimed a split decision over the Dutch veteran at Bellator 155.

“No Mercy” has claimed many well-known heads during his 24-year career including Mark Hunt, Kazushi Sakuraba and Evangelista Santos.

Kent Kauppinen (11-4-0) is coming off his stunning first-round knockout of Alessio Sakara. The Brit went into the contest on the back of a two-fight skid and dispatched the Italian in a little over a minute in front of his adoring home crowd. The knockout win led to the Englishman being signed to a multi-fight deal with Bellator.

In kickboxing, Manhoef is a former “It’s Showtime” Champion, and in MMA he was the Cage Rage Light Heavyweight Champion. In mixed martial arts, he is currently competing in Bellator’s Middleweight division and has also formerly competed for Strikeforce, DREAM, RINGS, It’s Showtime, K-1, ONE FC, and KSW. 28 of his 30 wins have come via knockout, the highest percentage of any MMA fighter with at least 15 wins.