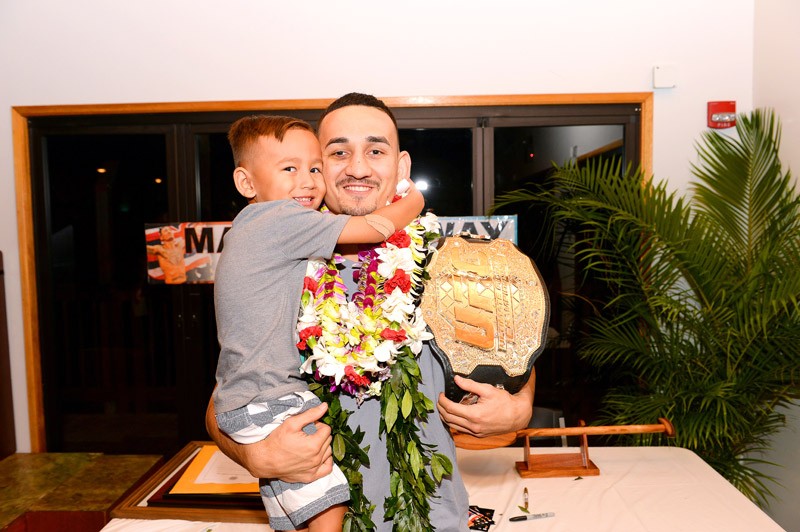 While Max Holloway stuns people inside the Octagon, his son is no one less outside of it as well.

Holloway is gearing up to defend his featherweight title against Frankie Edgar this weekend. During the open workouts Holloway was accompanied by his son Rush. When his father called him on the stage, Rush won everyone’s hearts with his slick dance moves.

Check out this video of him dancing on stage, courtesy of MMA Junkie, that will surely win your heart.

Holloway will look to get back in the win column after his win streak was snapped in his last fight. He made a failed bid to capture the interim lightweight title against Dustin Poirier this past April. Poirier will go on to face undefeated champion Khabib Nurmagomedov in a title unification bout at UFC 243 on Sep. 7.