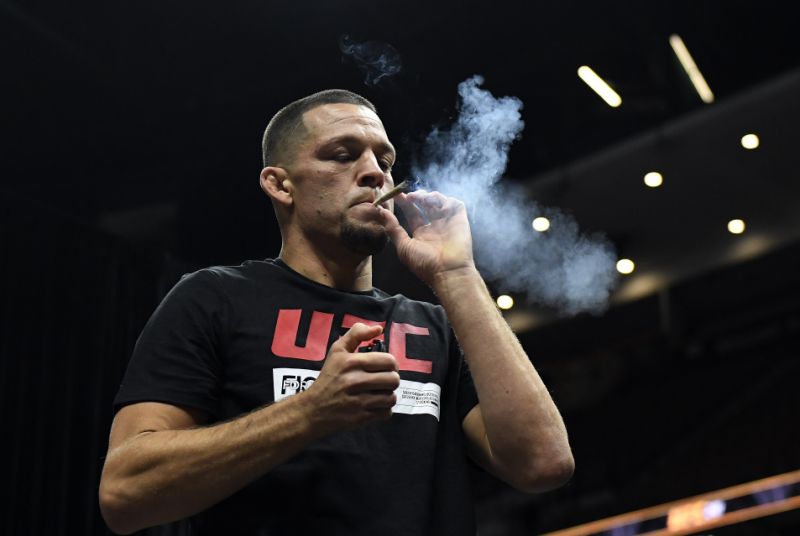 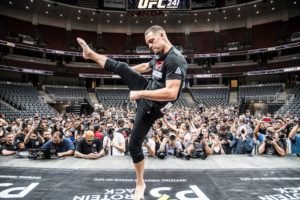 However, the star of the open workouts was Nate Diaz, who smoked a joint in a room full of reporters from the top media channels before doing some pad works and shadow boxing. The joint that Diaz was smoking was CBD with no THC present and is allowed until 24 hours before the fight by Anti-Doping agencies.

Open workout or open smokeout? @NateDiaz209 just lit up a blunt on stage ahead of #UFC241 pic.twitter.com/5DJeUzL0Pj

“I have to smoke the weed after the fight,” Diaz said, laughing. “So I had to smoke Game Up.”

Nate Diaz said that he was surprised by the positive approach around fighters using CBD.

“Everybody is up on game now since they stuck their head in the book a little bit after we had to bring it to the attention,” he told reporters. “And they stepped their game up.”

UFC 241 takes place at the Honda Center in Anaheim, California this Sunday on Sony Six and Sony Six HD.