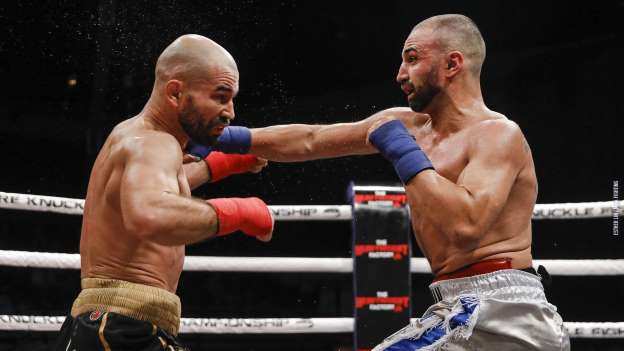 Artem Lobov has shocked the combat sports world as he has defeated former two-time world champion Paulie Malignaggi at the BKFC 6 event which took place at the Florida State Fairgrounds Entertainment Hall in Tampa, Fla.

Although the fight was close and many MMA fans expressed the satisfaction on the internet about Paulie losing the fight, the former two-time champion, however, was pretty surprised with the decision and doesn’t understand how he lost the fight.

Paulie Malignaggi was a *little* confused over the judges' giving Artem Lobov the decision win at #BKFC6:

"I made tic-tac-toe board out of his face… I got hit in literally one clinch, that's it."

“I pretty much got the worst of everything because I got a shit decision and I made a tic-tac-toe board out of his face with my left hand,” Malignaggi said. “Look at my face, I got hit literally in one clinch. In one clinch, I got hit and that’s it. I took a couple of shots in that one clinch that he got me, I thought I did a pretty good job in clinches other than that, and really nothing else landed. I was very comfortable boxing.

“Luckily, I have experience fighting with one hand from earlier in my career, breaking my right hand so many times, so even when my right hand was gone I thought I boxed very well in three, four, and five. He got me in the clinch in three, but other than that I thought four and five—I mean five he didn’t land at all. I was popping him with jabs and check left hooks constantly. You want to give him four, I don’t think you can, but I guess if they want to give it to him.”

He also said that he broke his hand in the second round, which forced him to improvise and massively limited his offensive ability to throw combination punching,

“This is also a problem when you have a state that has a fight every 50 years. You have judges that don’t know what the f*ck they’re watching, don’t know what the f*ck they’re doing, and you get this. Everybody and their mothers thought I won this fight, but you know what? I’m also 38 years old and I guess this is sort of a sign to say, ‘Yo, you gotta stop.’ Because I probably would have kept doing this if I won this fight tonight… once I got in there and I got going it was kind of fun. It was like I was in the moment. Sure, it sucks getting hit, of course. But I took that one shot in the clinch and I thought I dealt with the clinch pretty well, I was pretty elusive, and so I was boxing well.”

“Ironically, the judges gave me the first two rounds and then after three they didn’t give me a round. Again, bush league shit, because I got cut in round three. Once the bush league shit came in they literally only scored my blood. The same shit was happening, he was getting out-boxed very easily, but now I was cut.

“And clearly the bush league judges scored the blood and not the actual fight or what was happening because realistically nothing else happened aside from that clinch where he definitely got me with some good shots.” (H/T- mmamania.com)

Who do you guys think won the fight? Was Paulie Malignaggi robbed?

Artem Lobov thanks fans for the support after Paulie Malignaggi win