WATCH: Paulie Malignaggi spits on the mural of Conor McGregor as he walks past 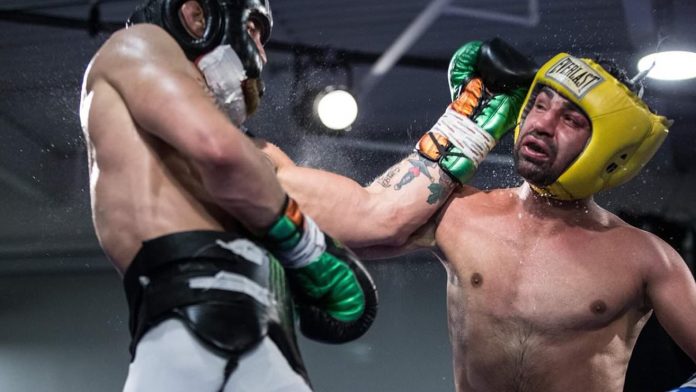 Paul Malignaggi is set to fight Artem Lobov in the upcoming months. However, it’s not like he has forgotten about Conor McGregor, who is a teammate of Lobov.

Malignaggi’s issue with McGregor has its origin in the brief time he trained with McGregor before McGregor’s boxing match with Floyd ‘Money’ Mayweather which was hailed as one of the most anticipated bouts of the century. As a result of that, Malignaggi demanded a boxing match with Conor McGregor. Since, unfortunately, it would probably never happen, Malignaggi had to settle for Lobov instead. Lobov and Malignaggi will meet each other in the next Bare Knuckle FC event on June 22nd in New Hampshire.

Recently they also got face-to-face at a news conference in New York which was at the risk of turning into a brawl after the face-off got physical.

Last Tuesday, Malignaggi posted via his Instagram a video of him walking beside a mural of Conor McGregor beside O’Brien’s Irish Pub in Santa Monica, California. As the person filming the video asks Malignaggi what he thinks of the person on the mural (i.e., McGregor), Malignaggi spits on the mural.

You can see the video down here.

What do you think of Malignaggi behavior? Do you think it’s justified?