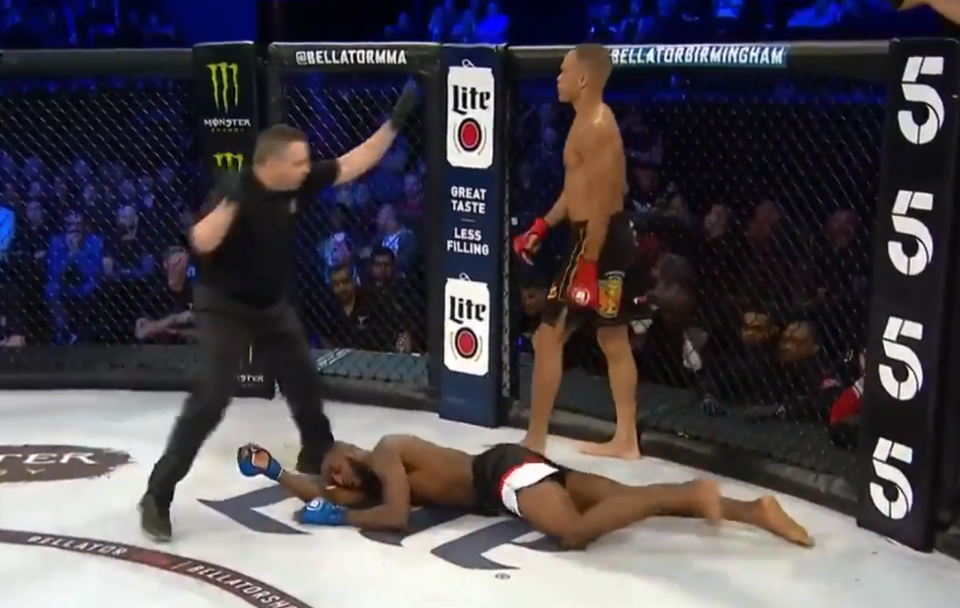 Bellator MMA middleweight Raymond Daniels might be new to the sport of MMA but he has long been terrorizing his opponents in the world of Kickboxing. Thus, due to his Kickboxing background, he has some of the best stand up, striking skills in all of MMA and not just Bellator. Daniels recently made his comeback to MMA and his Bellator MMA debut against Wilker Barros at Bellator Birmingham. He won his fight in the very first round by a sensational 720 spinning hook punch.

The fight was rather short and Daniels completely dominated it from start to finish. The finishing sequence began when Daniels hit Barros with a spinning back kick to the body who was knocked down by the impact. As Barros got back up to his feet, Daniels went for a spinning 720 punch brutally knocking out Barros in the process. 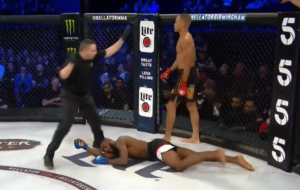 You can watch the entire finishing sequence of the fight down below: