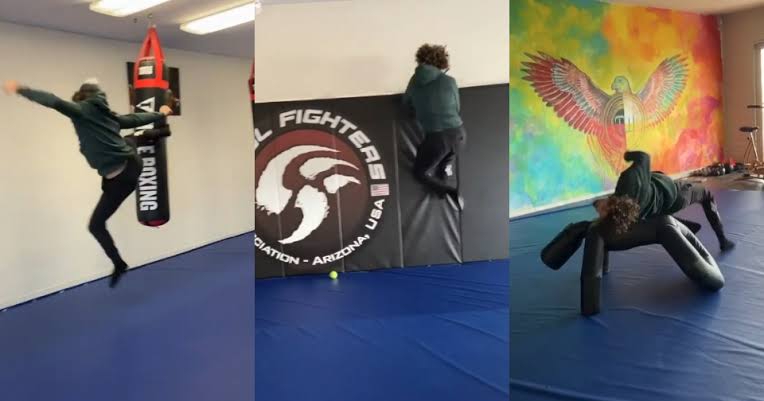 UFC 249 will feature the most anticipated fight in the history of the sport as champ Khabib Nurmagomedov will defend his belt against Tony ‘El Cucuy’ Ferguson.

Amidst all the chaos due to COVID-19, the fight is still expected to take place just at a different location. However another curse associated with the fight has been injuries. The fight has been cancelled four times which each pulling out twice. However, Ferguson does not refrain from doing his unconventional training. 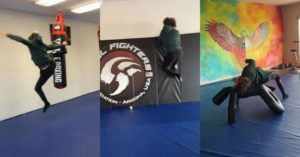 Sean O’Malley is himself known for his fancy fighting style which adds to his outstanding performances inside the octagon. He incorporates a lot of kicks, spinning techniques and setups added to his ever improving grappling.

Ferguson released a video with him still training unconventionally. He recently took to Instagram with him slamming and suplexing a box and then rolling on top it! A drill which would give a panic attack to any fight fan ahead of the UFC 249 clash. (via Instagram):

The UFC 249 fight will feature the highest level of MMA with both riding a 12-fight winning streak. Ferguson’s techniques though definitely carry over to his fight game. He is known for his immense cardio which is probably the result of unconventional drills and sprints. He also incorporates weird striking techniques like uppercuts, elbows and elbows off his back which had led all his opponents in a pile of blood. Ferguson’s elbows off his back added with his extremely strong 10th Planet BJJ game, especially his trademark d’arce choke is expected to be the money move against grappling phenom.

This would be the fifth time that the fight has been booked. The duo were set to face for the first time back in December 2015. However Nurmagomedov pulled out six weeks prior courtesy of a broken rib. The fight was then booked in April 2016. This time Ferguson couldn’t make it as a doctor didn’t clear him to fight due to fluid/blood in his lung.

Later on in March 2017, Nurmagomedov had to be hospitalized on the weigh-in day. Lastly in April 2018, Ferguson pulled out as he blew his knee tripping over a cable wire!

UFC News: UFC 249: Khabib vs. Ferguson will happen…just not in New York!