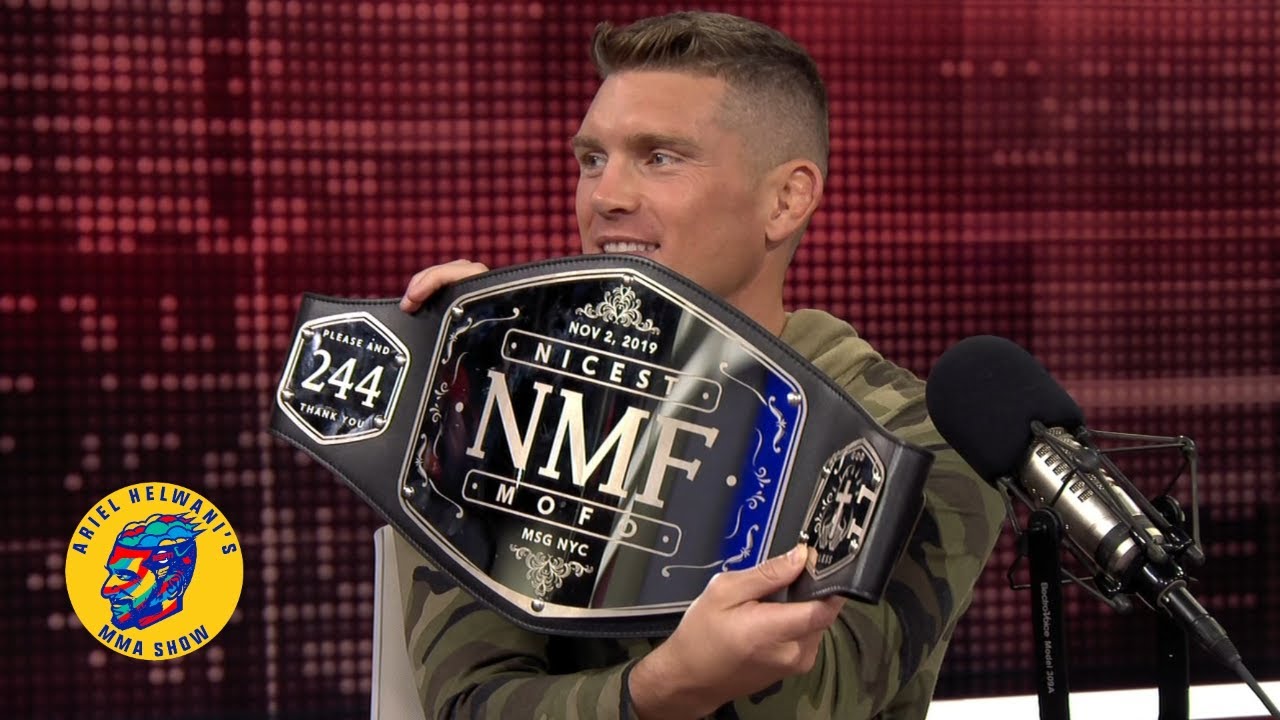 There was a lot of hype surrounding UFC’s BMF belt which Jorge Masvidal won after knocking out Nate Diaz in the third round in the main event of UFC 244 which took place at the Madison Square Garden. Now ESPN journalist Ariel Helwani gifted former two-time UFC title challenger Stephen ‘wonderboy’ Thompson with an NMF belt.

The ‘Nicest Mother F*cker’ belt was gifted by the host on Ariel Helwani’s MMA show and Paradigm Sports Management. 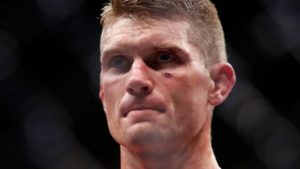 See the video below:

When you're the Nicest MFer in the game, there's only one way to commemorate it. @arielhelwani presented @WonderboyMMA with the NMF belt 🏆 pic.twitter.com/Qjfk9WzukX

Immediately after this tweet, former two-division champion Conor McGregor took to twitter replying that he is going to take that belt back from him in 2020.

That belt is mine in 2020 motherbuddies!

“That belt is mine in 2020 motherbuddies!” – McGregor replied to the tweet.

It didn’t take long for wonderboy to reply.

“It was AWESOME receiving the #nmf belt from Ariel Helwani and @Pardigmsm today!! And Conor McGregor it would be an HONOR to go toe to toe with the best in the bizz for the NMF belt good sir…or should I say… MOTHERBUDDY!!🤣✌️#goodtimes #mma #ufc #nmf”,” Stephen Thompson posted on Instagram.

On the other hand, Conor McGregor is fighting Donald Cerrone at UFC 246 which is set to take place at the T-Mobile Arena in Las Vegas. The fight will take place in the welterweight division. McGregor is coming off of a fourth-round unanimous decision loss to UFC lightweight champion Khabib Nurmagomedov at UFC 229 which took place in October of 2018.

There are a lot of compelling fights to made at the 170lbs division and a future fight between Wonderboy Thompson and Conor McGregor could also materialise between the two.

Previous article
Booth dominates Hassan at sold-out BRAVE CF 32, calls out champ Al-Selawe
Next article
Urijah Faber speculates that he has two more fights in him before he calls his quits after UFC 245 loss