Watch: Tito Ortiz chokes out Alberto Del Rio and holds on to the submission even after the tap! 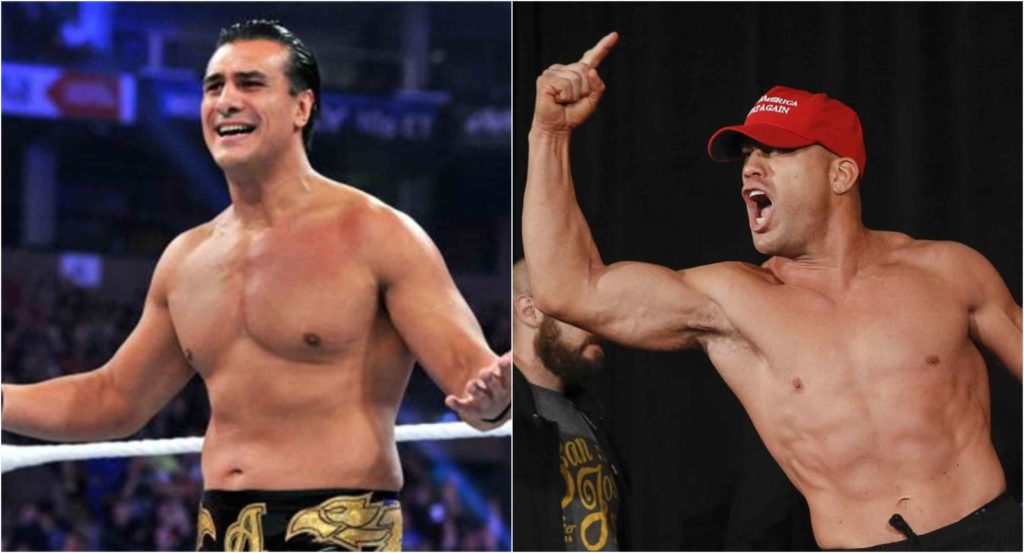 The former UFC light heavyweight champion Tito Ortiz had retired for a good two years, but just like we have seen with plenty of other MMA fighters in the past, Ortiz too quickly came out of it. He has since now fought thrice and won all those three fights. His latest victory came early this morning at Combate Americas against the former WWE world champion Alberto Del Rio.

Ortiz had retired back in 2015 after losing a title fight to then Bellator champion Liam McGeary via submission due to an inverted triangle choke at Bellator 142. He later came out of retirement to fight Chael Sonnen in a grudge match at Bellator 170, winning the fight via submission in the first round. “The Huntington Beach Bad Boy” then defeated his long-standing eternal rival Chuck Liddell in a third rubber match between the two in 2018 under the banner of Oscar De La Hoya’s Golden Boy Promotions.

On the other hand, Alberto Del Rio before fighting Ortiz today had not been in an MMA fight in over nine years. He had last fought and lost to Yamamoto Hanshi at Cage of Combat 4: Spanish Bombs back in 2010. Del Rio has had a rather forgetful MMA career. He has a professional record of 9-6 including a notable loss to the legendary Mirko Cro Cop.

The fight between Tito and Del Rio took place at the Payne Arena in Hidalgo, Texas. Del Rio or as he is now known as Alberto El Patron fired some quick early jabs and was looking good at a striking distance before being taken down and submitted by the former UFC champion.

Though, Ortiz later disgraced himself when he did not let the submission go even after Del Rio had tapped out. Plenty of fans on the internet were quick to criticize the American for his actions.

You can check out a video of the submission down below:

Combate Americas is a Hispanic MMA promotion which claims to cater to millennial viewers. It is broadcasted on networks like DAZN, Univision and Univision Deportes.

Previous articleUFC on ESPN 7 Results – Jairzinho Rozenstruik finishes Alistair Overeem With 4 secs Remaining in the Final Round
Next articleWatch: Aspen Ladd’s corner lights a fire under her a** as she goes out and finishes Yana Kunitskaya!