Watch: Triple C Henry Cejudo makes his case for Fighter of the Year 2019 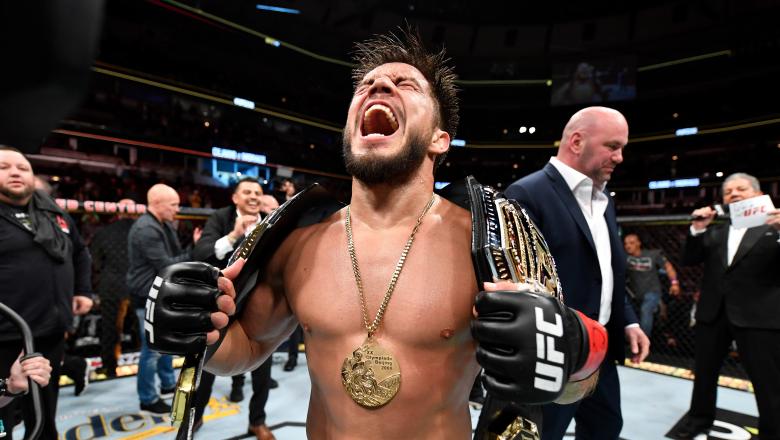 Henry Cejudo has had an exciting 2019. He knocked out TJ Dillashaw in just 32 seconds at the inaugural UFC on ESPN+ card in January earlier this year and then knocked out Marlon Moraes in the third round at UFC 238 to become the new bantamweight champion. 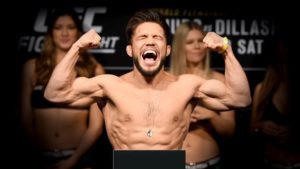 With all these accomplishments fans often wonder if he should be considered the fighter of the year 2019. There are many fighters who have performed exceptionally well in 2019 including the likes of Israel Adesanya who defeated Anderson Silva, Kelvin Gastelum and Robert Whittaker in a calendar year to become the middleweight champion and also Jorge Masvidal who has stopped Darren Till, Ben Askren and Nate Diaz.

Now bantamweight champion Henry Cejudo took to social media to make his case for the fighter of the year 2019.

Why don’t you add a few diamonds to my fighter if the year crown @danawhite #fighteroftheyear #twobeltsinoneyear https://t.co/NeMzlPviXy

“In 10 months, I beat the greatest of all time Demetrious Johnson, yeah it was close and controversial and call what you wanna call but I beat him, 2. I beat the greatest bantamweight of all time in January and he was on PEDs and still took him out in 32-seconds and 3. the biggest killer of them all Marlon Moraes..knocking three of his opponents out in first round…..[I] stopped him in the first round….I beat top three guys in the world…flyweight and bantamweight…I rest my case,” Cejudo said.

Do you guys agree with him?