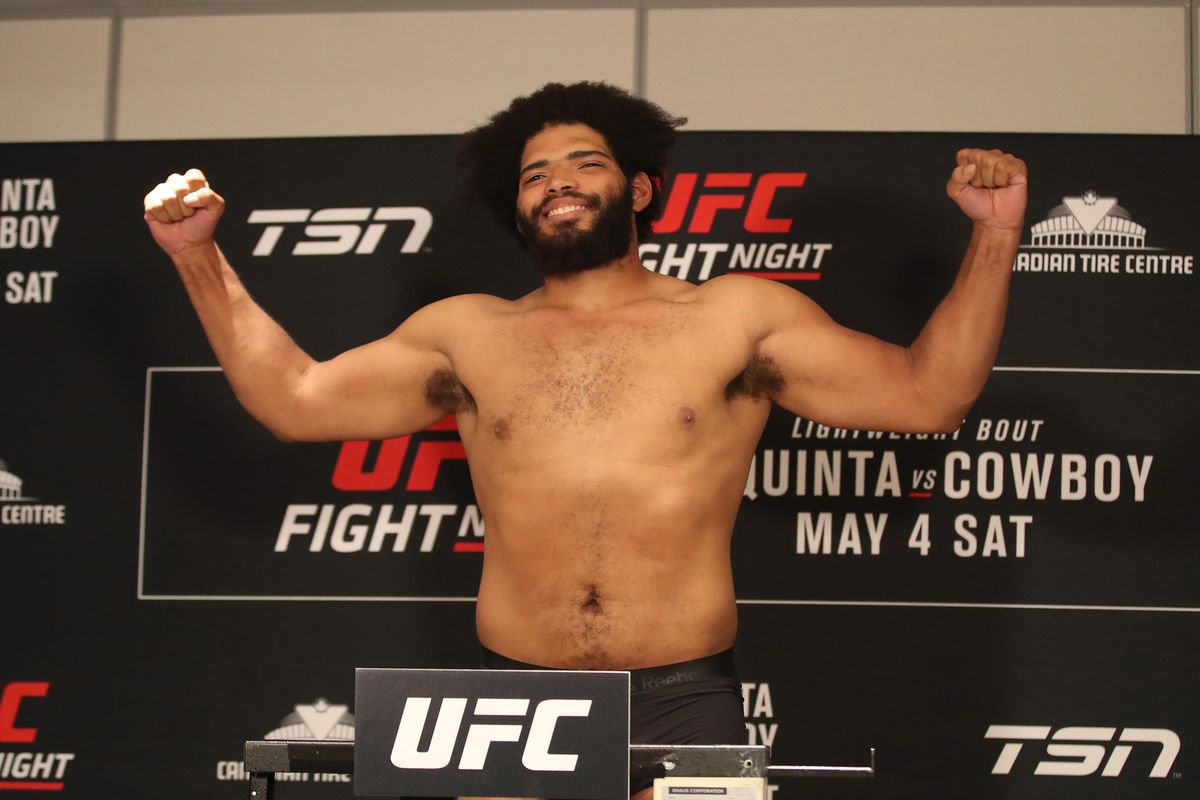 There are certain images that come to mind when someone talks about a 285 pound pugilist turned mixed martial artist. However, a male romper is no where close to those things. But UFC heavyweight Juan Adams is not afraid of wearing one proudly.

In a pre-fight chat with Tyron Woodley, Adams was wearing a bright colored romper. The former 170 pound champ was surprised by his fashion choices. He jokingly said that even though Juan was bigger than him and the former may be able to knock him out, but he was wearing a romper.

Adams then went to explain behind his peculiar fashion choices. “We were on a group chat online. And my boys were saying some toxically masculine things like ‘if I ever saw a dude in a romper, I’d knock them out’. And then I was like I am gonna wear one now.”

Rate the fit: @chosenjuan285’s romper @TWooodley had some thoughts 🤣 pic.twitter.com/QQDrgjsrvm

Woodley looked impressed with the logic and jokingly said that now Juan’s friends know that they are not gonna knock him out.

Adams is all set to return to action at UFC San Antonio against Greg Hardy. After suffering a controversial unanimous decision loss over Arjan Bhullar, he will look to rebound against the former NFL star.

The fight with Hardy is as personal as it is professional. Adams has repeatedly said that he doesn’t have a lot of respect for his next opponent. The major reason for this stems from the allegations levied against Hardy for domestic violence by his former girlfriend.

“The Kraken” is adamant that Hardy has been protected by the UFC, and that the much-maligned athlete is yet to meet a fighter with any credentials.