As UFC enters the 26th since its inception in, MMA fans can ask for nothing more than the most awaited clash at the start of 2020. UFC is hosting its first big fight of the year with UFC 246 and it’s no less than a dream come true for all MMA enthusiasts to finally witness – Conor McGregor making his comeback with Donald Cerrone for the main event at T-Mobile Arena, Las Vegas in the Welterweight division.

Adding to the excitement, the co-main event will feature Holly Holm who will face off Raquel Pennington under the Featherweight Bout category to grab their titles. 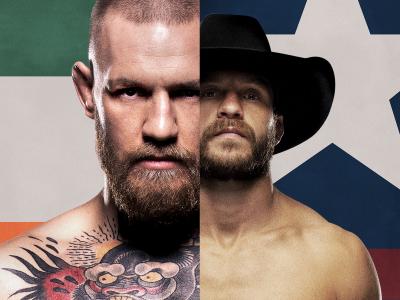 As we welcome the new decade, UFC opens its gates to the first fight which has all the potential to become the fight of the year, featuring some legends headlining the earth-shattering line up on the card this time. UFC 246 is the most awaited fight as it features two old rivals- Conor “Notorious” McGregor and Donald “Cowboy” Cerrone who arel prepped to face off each other in the octagon this weekend.

Conor “Notorious” McGregor is all set to end his 15-month hiatus for his win in this one since his last fight with Khabib. McGregor who appears to be taking this fight very seriously has been working rigorously on his transformation after his break and has now successfully moved to 170lbs. Donald Cerrone, on the other hand, definitely has made more trips to the octagon with a better experience at the Welterweight Bout but also has some big weaknesses which line up too well in McGregor’s favor. Conor’s height at 5’9” with a reach of 74” has always left his opponents against the fence, mostly leaving them unconscious. Talking to the media about his comeback and his excitement for UFC 246, McGregor says, “Patience is one of the most valuable skills a human being must master and I am working hard to master it and I feel I’m getting there. UFC 246 is a fight that excites me. And it’s a fight that I said I’d partake. And I appreciate it. I appreciate Donald. He’s fought a lot of times.”

The critics fondly say that all predictions go in vain when McGregor hits the octagon, but it somewhere stands true. The scenario in the octagon this weekend will be nothing but electric!

Balancing the scale at the main event, we have Donald “Cowboy” Cerrone who has been one of those few, whose name is all over UFC record books even without a belt. Cerrone who has never been one to shy away from a fight and enters on a two-fight slide, is all set to claim this title after years of blood and sweat. The main card which is a pair of 170lbers might suit Cerrone more than ‘The Notorious One’ as the former has fought at 170lbs on numerous occasions, nearly reaching a title shot in 2017 before being derailed by Jorge Masvidal. Cerrone, at a height of 6’1” with a reach of 73” has a tremendous kicking game along with his long punches and jabs which keep his foe at distance. To combat McGregor’s strength of gauging the range of the opponent, Cerrone would have to keep his kicking and grappling game strong by mixing his takedowns for a good measure. Talking to the media before the fight, Cerrone says, “It’s cool, man. I’m happy to be here. If you look at the roster and see who damn well deserves this fight, it’s me. I put the time in, put the effort.” Critics say that Cowboy has a chance to win this fight, certainly; he’s a much better striker in terms of overall skills and he’s far better in terms of grappling.

The co-main event this week is a reminder of the abode of talent that exists in the Women Bantamweight Bout division as Holly Holm is all set to face Raquel Pennington at the octagon this year.

UFC 246 under the Women Bantamweight Bout category marks the comeback of Former UFC bantamweight champion Holly “The Hottie” Holm who is all set to fight Raquel Pennington for the rematch scheduled this weekend. Holm’s last fight against Amanda Nunes ended with a brutal knockout. She has spent the last few years bouncing between featherweight and bantamweight and has continued to compete against elite competition. Although these old friends had their first fight way back in 2014, both fighters have improved considerably since then and it is difficult to see this going a different way. It would be very interesting to see both of them together inside the cage, as Holm has a clear striking advantage every possible way, and Pennington has a clear grappling advantage, which can turn the tables and leaving the audience nail biting. Holm is expected to keep the fight on the feet and leverage her impeccable cardio to outwork Pennington.

Raquel “Rocky” Pennington was the first to welcome Holm to the Octagon back at UFC 184 where the future bantamweight champion landed on the happy side of a split decision verdict.

The master of grappling, Pennington primarily uses her range as her tactic to open up on her opponents from angles that they may not expect. She has a strong sense of understanding of her foes where she exactly knows when to turn up the heat and draw them down into a brawl. The critics say that ‘The Rocky’ is definitely a more nuanced striker who hits harder, but she’s still a shorter fighter attempting to get into range against someone who is the absolute best with her ground work unloading heavy combinations on her opponents without slowing down at all. 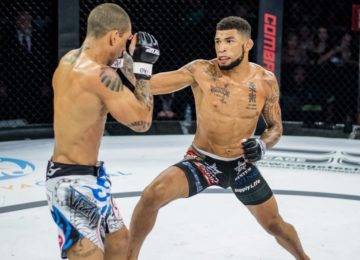 Posted by admin - July 11, 2018 0
Luan “Miau” Santiago is healed and ready to compete in Brave Combat Federation. The 2016 Brazilian Fighter of the Year… 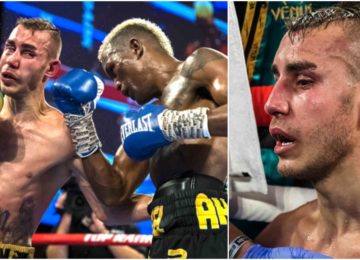 Posted by Jay Rock - July 23, 2019 0
Russian boxing prospect Maxim Dadashev has passed away from injuries he sustained in his fight against Subriel Matias last Friday… 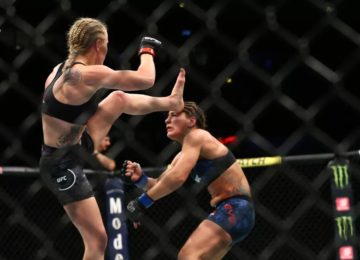 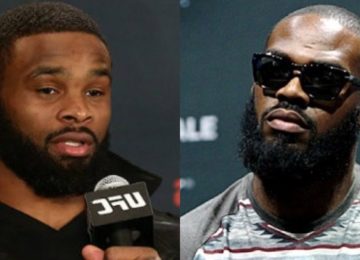 Posted by Jay Rock - August 1, 2019 0
Jon Jones and trouble go hand in hand and it has been true for the most part of his career.… 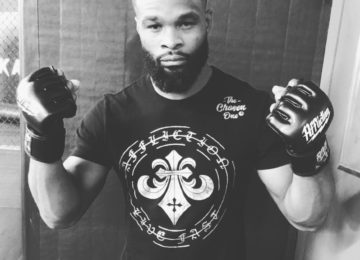 Tyron Woodley details why he pulled out of Robbie Lawler rematch

Posted by rishabhsingh507 - May 22, 2019 0
Tyron Woodley has given further insights into the injury that ruled him out of his fight with Robbie Lawler. On…