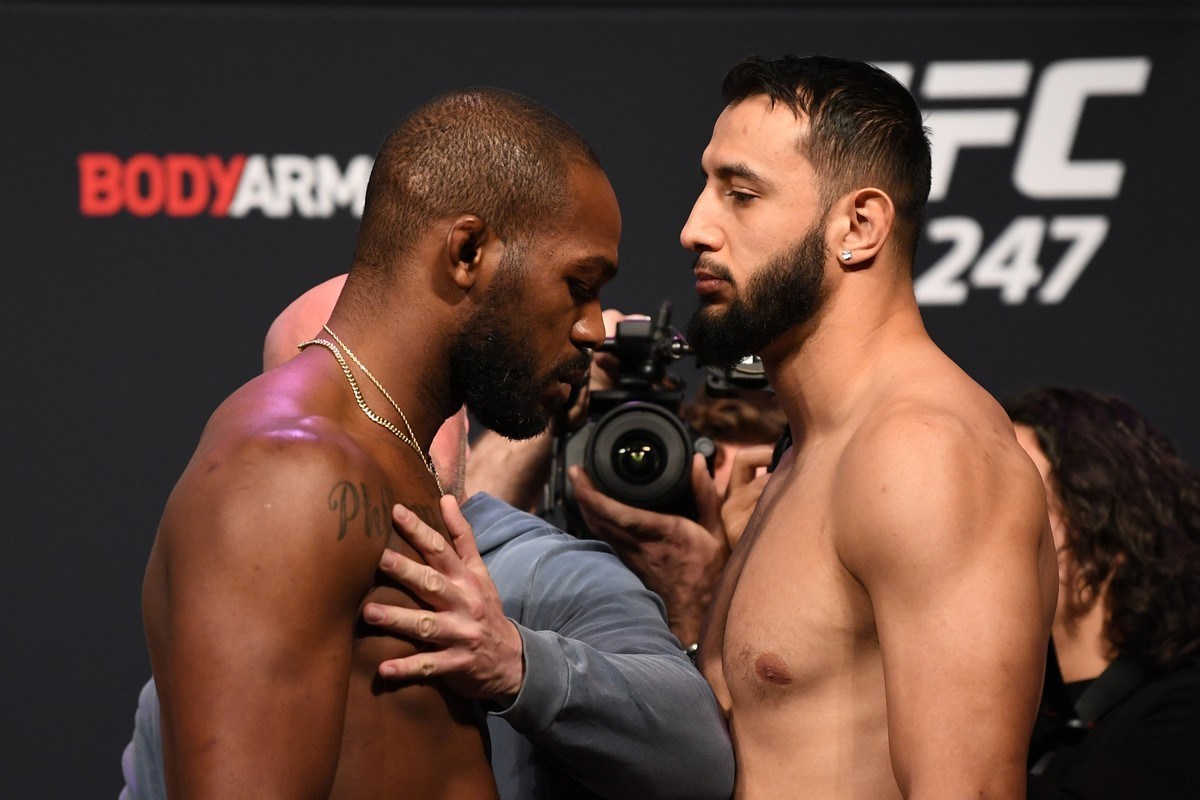 MMA fans are all geared up for another super fight coming up this weekend and its no less than a dream come true for MMA enthusiasts to witness Jon Jones face off Dominick Reyes in UFC 247 at the Light Heavyweight Bout for the main event at Houston, Texas, United States. Adding to the excitement, the co-main event will feature Valentina Shevchenko who will face off Katlyn Chookagian under the Women Flyweight Bout category to grab their titles.

After culminating a smashing fight with UFC 246 where it took NotoriousMMA just 40 seconds to reclaim his reign, UFC opens its gates to another promising fight featuring some legends headlining the line up on the card this time. UFC 247 is another anticipated fight as it features the undefeated – Jon “Bones” Jones and Dominick “The Devastator” Reyes who are all pepped to meet each other in the octagon this weekend.

After a challenging year given the controversies and drug tests, Jon Jones has recaptured his role taking over with top contenders and retained his reputation as an undefeated fighter.

Life has come full circle for The Bones as ever since he took the 205lbs crown from Mauricio Rua in 2011, it’s felt like Jones has been the young lion turning back the challenge of older veterans; now though, he’s become the veteran himself, Reyes is the first fighter from the next generation to step up to challenge him, which makes it all the more inspiring for the MMA fans to be glued for the fight this weekend.

Jones, at a height of 6’4” with a reach of 84.5” has a tremendous kicking game along with his long punches and jabs which keep his foe at distance. To combat Jones’ strength of gauging the range of the opponent, Reyes would have to keep his kicking and grappling game strong by mixing his takedowns for a good measure.

Talking to the media about his excitement for UFC 247, Jon Jones says, “Its exactly what I wanted and needed. I am very good against people who are tall so, he is undefeated, I am excited for this challenge. He tickles my pickles and I cannot wait to put my hand on him”.

Balancing the scale at the main event, we have Dominick “The Devastator” Reyes, who is running in his 3rd year of his UFC career, is all set to break the records after his brutal victory over Chris Weidman. Essentially, Reyes has all the tools to be the man to finally defeat Jones as he’s slightly taller with a magnificent range and carries most of the power in his kicks. His fight and victory graph has only gone upwards as he has stepped up every time after facing a tougher opponent and pulled out the win.

Reyes with a height at 6’4” and reach of 77” has always left his opponents against the fence, mostly leaving them unconscious. Critics say that Reyes has a chance to win this fight as he’s a much better striker in terms of overall skills and he’s far better in terms of grappling.

However, recently Reyes was seen showing detest regarding the card line up. He was seen talking to the media before the fight saying, “He (Jon Jones) definitely deserves a rematch after I beat him”

Will Jon Jones’ reign over the UFC light heavyweight division continue or will Dominick Reyes be the one to do what innumerable others failed to do before him and unseat the current champion?

The co-main event this week is a reminder of the abode of talent that exists in the Women Flyweight Bout division as Valentina Shevchenko is all set to face Katlyn Chookagian at the octagon this year.

Valentina Shevchenko
UFC 247 has a shattering line up under the Women Flyweight Bout with Valentina “The Bullet” Shevchenko who is back after beating the former Strawweight champ Joanna Jedrzejczyk and is all set to superimpose her dominant title reign. The master of grappling, “Bullet” primarily uses her range as her tactic to open up on her opponents from angles that they may not expect. She has a strong sense of understanding of her foes where she exactly knows when to turn up the heat and draw them down into a brawl.

Talking to the media about his excitement for UFC 247, Valentina says, “I love to do martial arts. Every time I come to the gym or training I try to focus on myself and that will be my goal in the octagon too!”

Both fighters have a contrast in their ranges and strengths however it would be very interesting to see both of them together inside the cage. The Bullet has a clear striking advantage every possible way, whereas Chookagian has a clear grappling advantage, which can turn the tables and leaving the audience nail biting.

Katlyn Chookagian, the grappling and kick boxing champion is all set to make her mark by taking over the dominant champion, Valentina by using her long reach and length to pick her opponents apart. Despite the fact that she stands 4” taller than Shevchenko and does have a 2.5” reach advantage, it’s just hard to see her out-kickboxing an opponent who comfortably picked apart a striker as good as Holly Holm when they faced off.

She believes that one can never underestimate the strength by mere number of titles. Talking to the media about the same, Chookagian says, “Absolutely, I think any time there’s a dominant champ and they lose, I think they deserve that. So yeah, I’ll give Valentina a rematch.”

The critics say that Chookagian is definitely a more nuanced striker who hits harder, but she’s still a shorter fighter attempting to get into range against someone who is the absolute best with her leg work unloading heavy combinations on her opponents without slowing down at all.