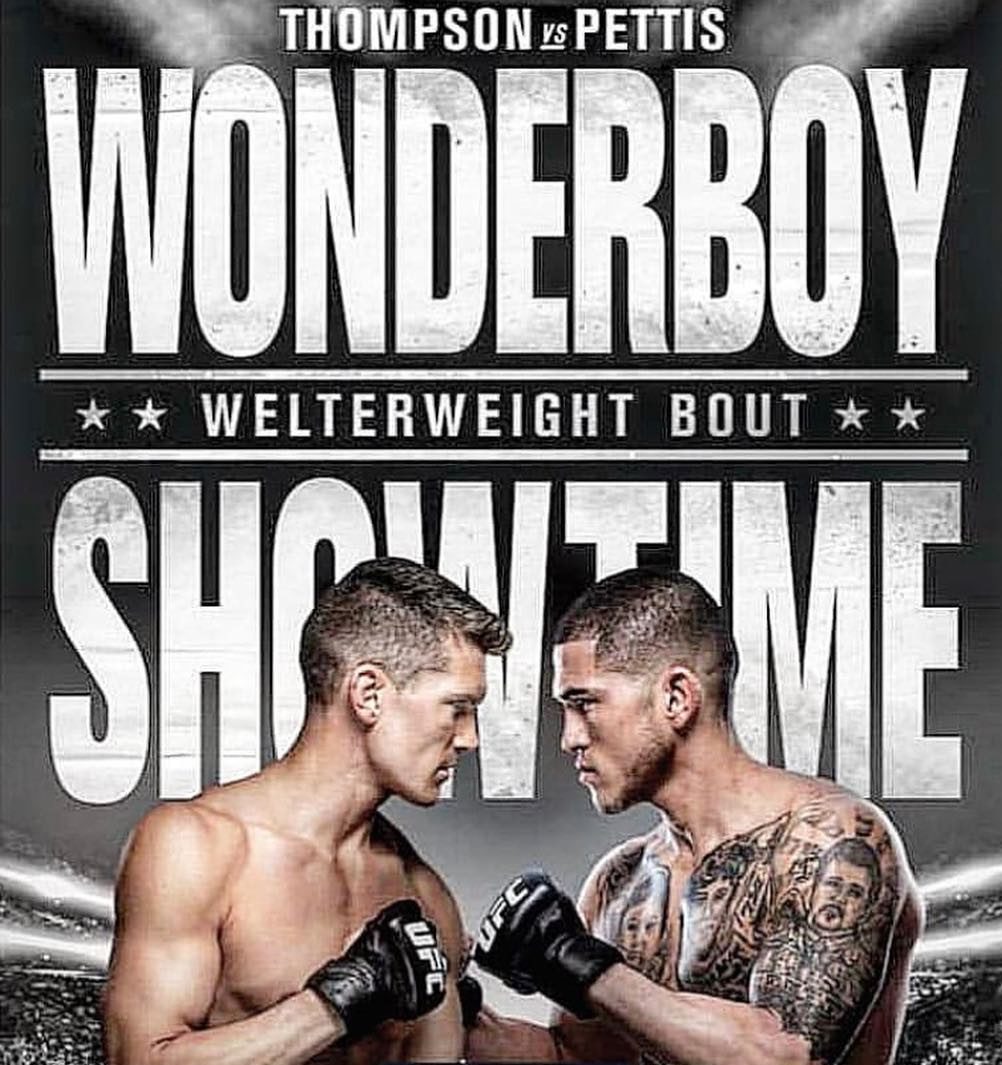 This weekend, UFC returns to Bridgestone Arena, home of NHL’s Nashville Predators, for a compelling fight card capped by a Welterweight main event showdown between MMA ninjas Stephen Thompson and Anthony Pettis. The co-main event is also a must-watch affair, as fourth-ranked heavyweight contender Curtis Blaydes will look to take out 10th-ranked contender Justin Willis. UFC Fight Night 148 also holds a lot of potential with emerging talent like Maycee Barber, Bryce Mitchell and Jordan Espinosa, all of who will look to pave the way through their divisions to become UFC’s greatest fighters.

Two of the best strikers in the UFC will face each other in the main event at Nashville as former title challenger Stephen “Wonderboy” Thompson will welcome former UFC lightweight champion Anthony “Showtime” Pettis to the Welterweight division for the first time.

Thompson holds notable wins over the likes of Robert Whittaker, Jorge Masvidal, Johnny Hendricks amongst others, but is coming off a decision loss to Darren Till at UFC Fight Night 130.Throughout his career, Thompson has proven time and time again that his karate-based style can give the best fighters in the world absolute nightmares. With knockout power in every limb, combined with surgical precision, Thompson is one of the toughest matchups in the sport when he’s on the feet.

Anthony Pettis holds wins over the likes of Michael Chiesa, Benson Henderson, Donald Cerrone, and Jeremy Stephens but is coming off of a Fight of the Night performance at UFC 229 where he lost to Tony Ferguson back in October 2018. The former lightweight champion is not only a world-class kickboxer, but one of the most creative fighters to ever step foot inside the Octagon. Pettis will use all facets of the cage to his advantage — including launching himself airborne if that’s what will take to get the job done.

Curtis Blaydes’ surge up the heavyweight rankings has been interrupted twice by Francis Ngannou and after his six-fight unbeaten streak snapped last time out, Curtis ‘Razor’ Blaydes is more determined than ever to regain his momentum against Justin Willis. The Razor has plenty on power behind his punches, but also possesses some of the best wrestling in the entire heavyweight division and won’t hesitate to put Willis on his back and grind him into the mat for as long it takes to get the result.

Stationed at American Kickboxing Academy alongside Cain Velasquez and Daniel Cormier, the 31-year-old heavyweight is coming off the biggest win of his career against former title challenger Mark Hunt. Willis holds a perfect 4-0 record in the UFC and is now looking to earn a spot in the top five rankings by beating Blaydes. While speaking to the media ahead of his fight with Blaydes, Willis said “My goal is to dominate, even during the process, my goal was to dominate. What I do and how I focus on my fights is that I focus on evolving every single time because when someone is evolving, it’s difficult to solve that Rubik’s Cube. Everyone has a recipe to win and a recipe to lose and that’s just a reality that a lot of guys don’t understand that well, like Curtis Blaydes.”

Blaydes has a considerably larger amount of power and aggressive style than his opponent, but Willis is known for his action-packed bouts and will provide a different challenge to the Razor.