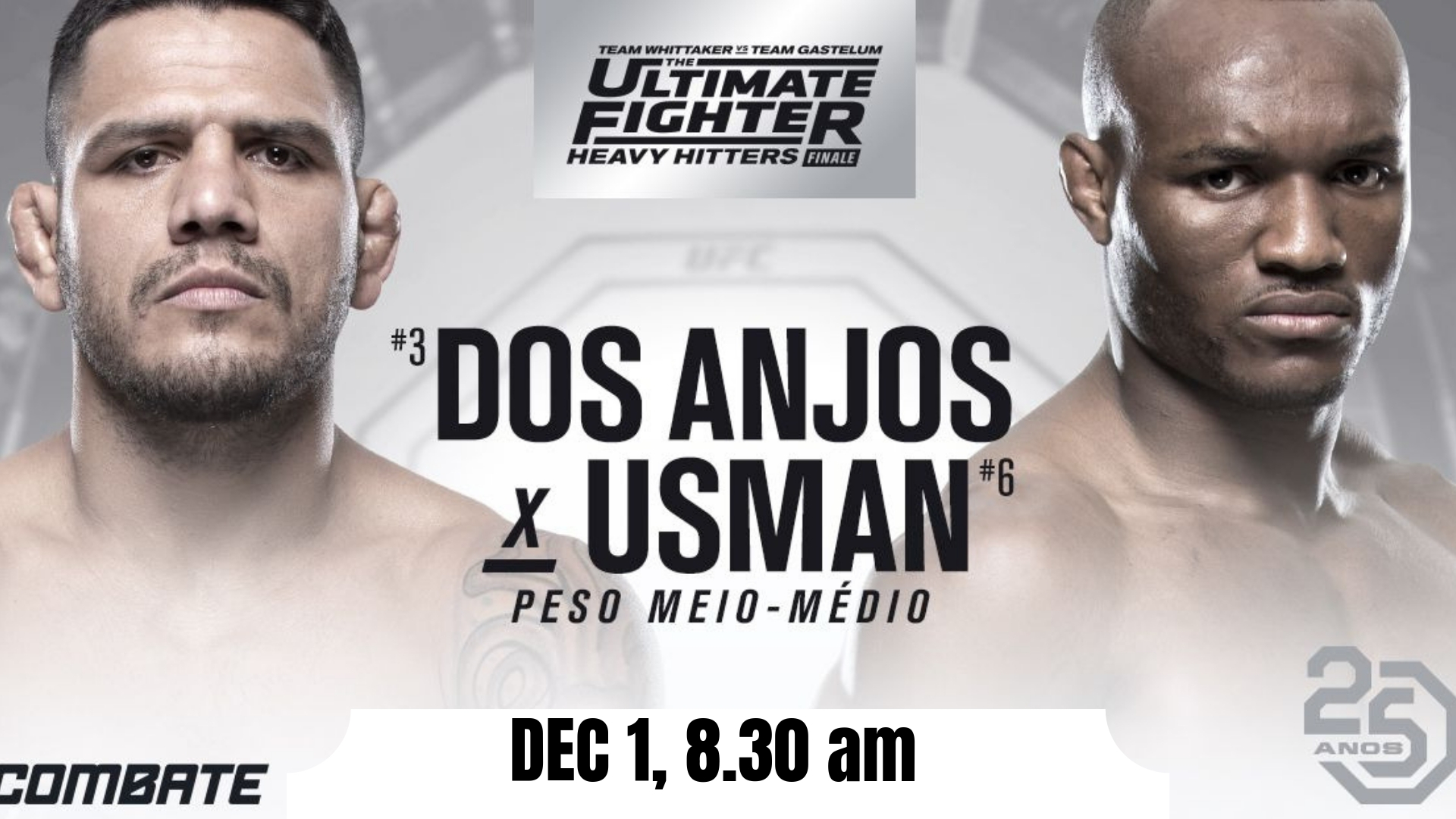 The popularity of Mixed Martial Arts (MMA) continues to grow and has evolved over the years, moving on significantly to become a legitimate fighting sport. It is big companies like the UFC that have helped MMA define its rules and regulation along with streamlining the industry through different weight classes and tournaments taking place throughout the year

UFC TUF 28 Finale, the first of the two fight nights this week, takes place this Friday at Pearl Theatre in Las Vegas. The Pearl Concert Theatre has earned a reputation for hosting big names and this week The Ultimate Fighter 28 finale will feature a main event that could determine the next Welterweight title challenger as Rafael Dos Anjos goes up against Kamaru Usman. MMA fans can catch this exciting bout Live and Exclusively on Sony ESPN and Sony ESPN HD on Saturday, 1st December 2018 at 8.30 am (IST).

Ever since moving up the Welterweight Division in 2017, The Brazilian immediately tore through the ranks by earning impressive wins over former champion Robbie Lawler, Neil Magny and Tarec Saffiedin but in a fight for the division’s interim belt, the former Lightweight Champion was bested by Colby Covington via unanimous decision at UFC 225. A major part of Dos Anjos’ success in the Octagon has come due to his ability to implement an aggressive and highly diverse game plan against his opponents. After coming up short in his bid to capture the interim title earlier this year, Dos Anjos now aims to reassert himself among the top welterweights in the world.

The winner of the 21st Season of The Ultimate Fighter (TUF), “The Nigerian Nightmare” has caught the attention of the entire UFC roster since 2015. Kamaru Usman has already proved his dominance by defeating notable names like Demian Maia, Emil Meek, Sergio Moraes, Sean Strickland and Warlley Alves and now will look for his ninth consecutive win inside the Octagon. Usman will come into the bout with a significant six-inch reach advantage and will aim to use the blueprint set out by Covington to fight out Rafael Dos Anjos

A win on Saturday for “The Nigerian Nightmare” will keep Santiago Ponzinibbio at arms-length in the Welterweight division, whose current win over Neil Magny at UFC Fight Night 140 propelled him into the title discussion.