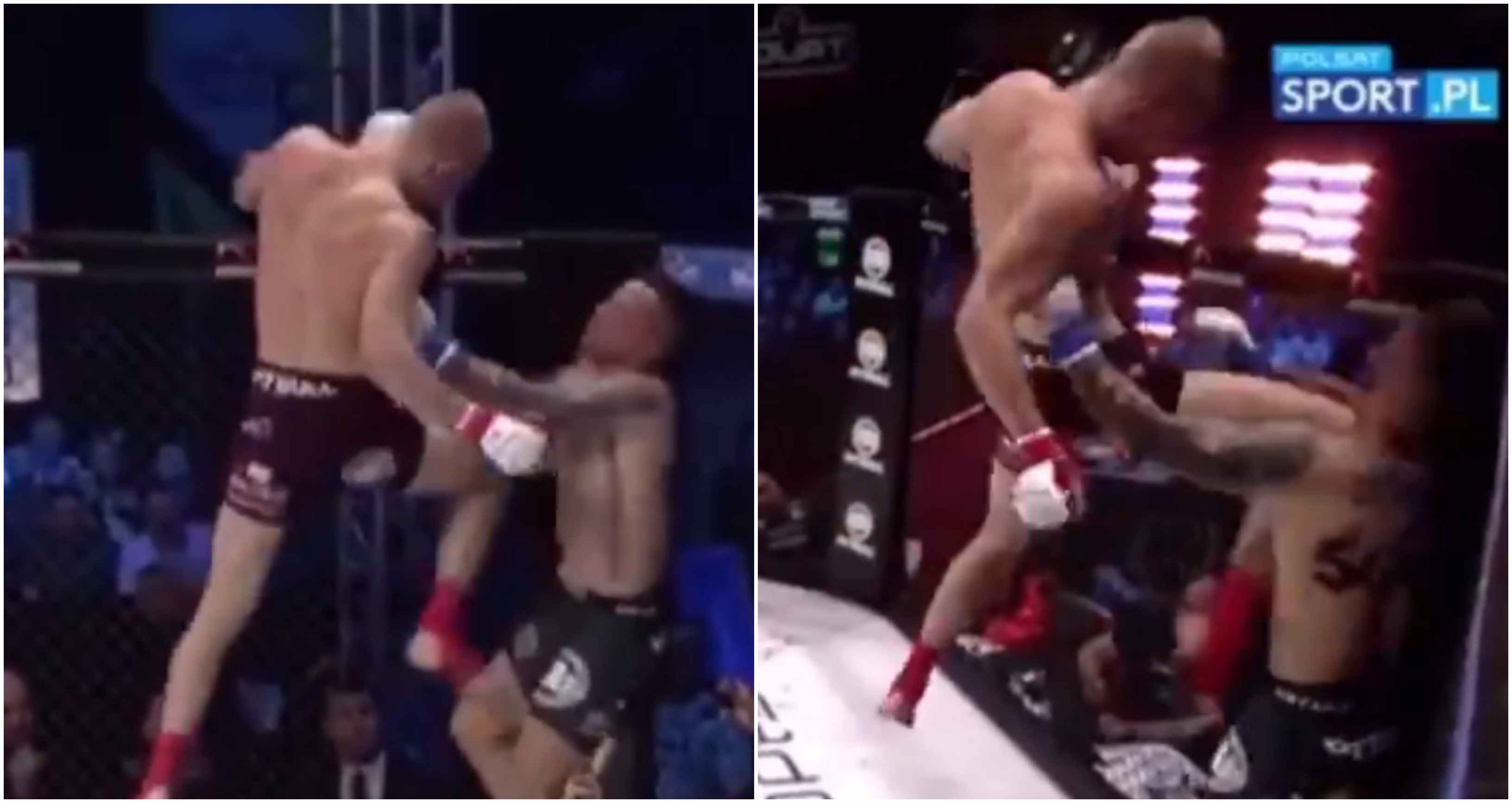 Earlier this year in July, Jorge Masvidal delivered one of the most brutal knockouts of 2019 when he knocked out UFC newcomer and former ONE and Bellator welterweight champion Ben Askren at UFC 239.

Masvidal knocked out Askren with a flying knee in just six seconds.

Now, Dawid Smielowski has delivered a similar knockout at Babilon MMA 11 which took place in Radom, Poland. Dawid knocked out Damian Zorczykowski with a similar flying knee this past Friday.

In the third round, Smielowski and Zorczykowski were positioned against the cage. With just seconds remaining in the clock, Smielowski jumped on Damian and his shin landed clean on his face.

What do you guys think about this KO? Was it better than Jorge Masvidal’s KO of Ben Askren?