Watch: What was said by Israel Adesanya and Anderson Silva to each other after their UFC 234 fight 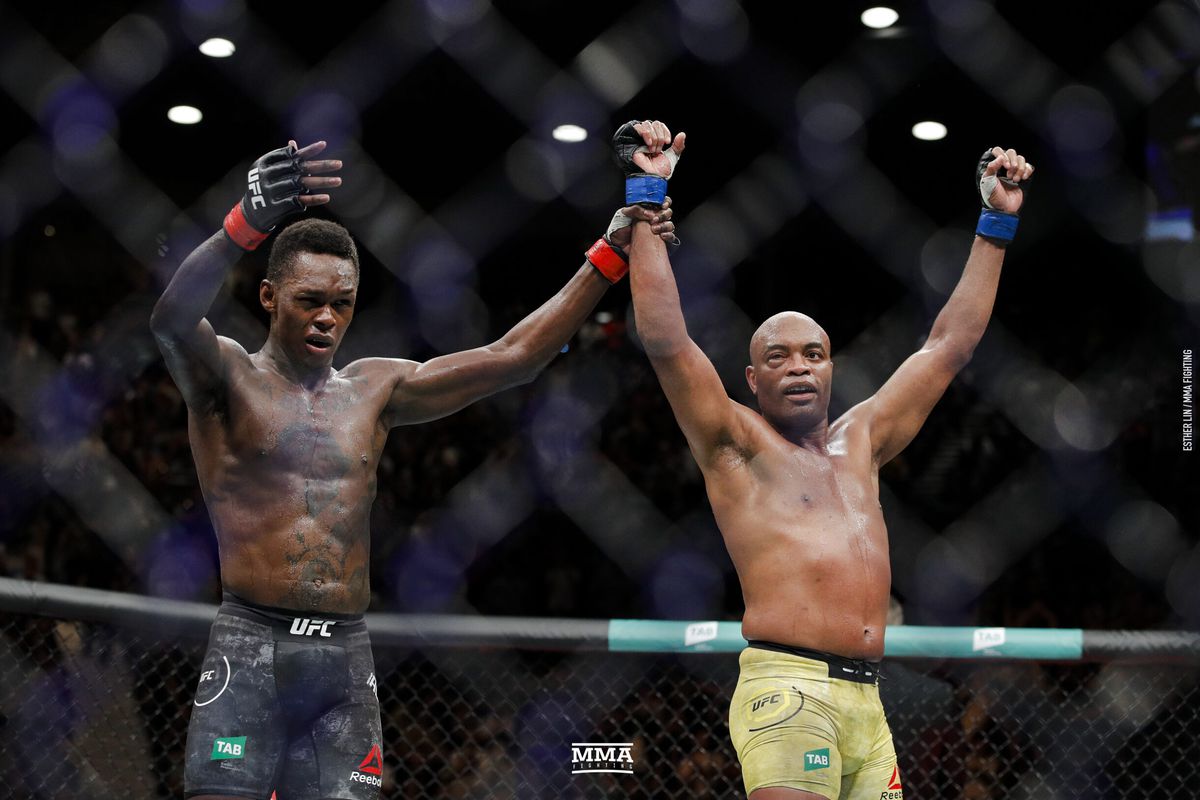 UFC 234 saw a lot of heartbreak and disappointment. The original main event, Kelvin Gastelum vs Robert Whittaker had to be cancelled due to injuries suffered by Whittaker which led to hospitalisation. However, the main event which replaced it was not without the surrounding emotion of its own. Israel Adesanya faced his hero, the man whom he, and many other current UFC fighters had grown up watching, Anderson Silva.

In an emotional three-round roller coaster, Israel Adesanya came away with the decision win over Silva. Following the victory, there was an immense show of respect between the two as they knelt down before each other simultaneously.

While what they were saying to each other was not audible then, it can be heard clearly in a video released by UFC.

Following the end of the fight while waiting for the judge’s decision:

They then shook hands thanking each other for the fight.

Once the announcement was made about Adesanya’s victory, the two knelt in front of each other and Silva was the first to get up.

AS: I’ve been your trainer.

IA: Always! This game, I’ve already seen it. This game is crazy. A lot of snakes. I believe cause I’ve been watching.

The respect between the two fighters is both unbelievable and rare at this level of the game.