Watch: Who blinks first in an intense staredown: Gus or Anthony Smith? 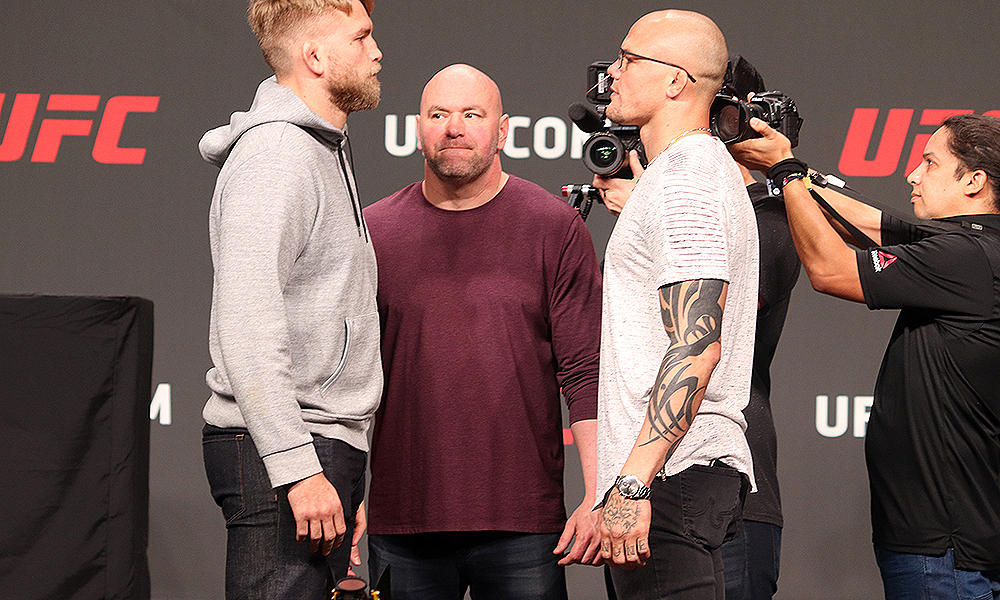 Former two-time UFC title challenger Alexander Gustafsson is all set to fight Anthony Smith at the Ericsson Globe in Stockholm, Sweden this weekend.

Both fighters are coming off of a loss to UFC light heavyweight champion Jon Jones and this is a perfect fight for both the fighters to put their name back in the winning column. 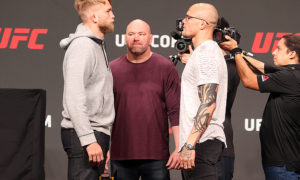 Both fighters squared off today in Stockholm during the media interview and its safe to say, Gustafsson won the battle of the staredowns.

Anthony Smith has previously said that he will break two-time title challenger Alexander Gustafsson and assured that he has no beef with him.

“I know what I’m going to do. I don’t even care if he knows it. I’m going to march across the cage and get in his face and swing hammers, and if he gets too close, I’m going to drag him to the ground and punch him wherever I can. That’s it. There’s no secret to it.”

Meanwhile, Alexander Gustafsson will have the hometown advantage and will have the crowd at his disposal. He will be looking forward to repeating his 2017 performance against Glover Texiera when he battered the Brazilian and knocked him out in his hometown of Stockholm.

Previous articleJohn Lineker has a clear message for the UFC: Let me fight or let me leave
Next articleUFC: Watch: UFC’s insane Nate Diaz promo will get you pumped for his return!