The Chris Weidman – Michael Bisping twitter war seems to be getting bigger and bigger with The Count seemingly crossing a red line with Weidman by telling him to control his dad.

Weidman’s father is famous for having taken the mic after Chris Weidman’s loss to Luke Rockhold at UFC 194 and said ‘He’s still my boy!’. We can all agree that it was parental love and everyone’s parents embarrass their kids sometime or the other. Weidman’s father was equally vocal even after Weidman’s win over Gastelum but Weidman doesn’t think that gives Bisping a right to say what he did.

Weidman spoke to The MMA Hour on Monday and said “The gloves are off with him,” “He ripped up a Cuban flag right in (Yoel) Romero’s face between rounds during the guy’s fight for a championship at UFC 213, so the guy doesn’t care about anything. And then right away, I do the cross-eyed thing, he comes right at my father, he comes at my family. He can say anything he wants about me, he can talk about how ugly I am or anything about my face or my body or whatever, or my career. Come at me all you want. But this guy, then he comes after my father? So yeah, whatever, he’s an idiot.”

Weidman then said he may just turn up at UFC 214 where Bisping will be working as an analyst, to slap him across the mouth.

This is getting interesting. 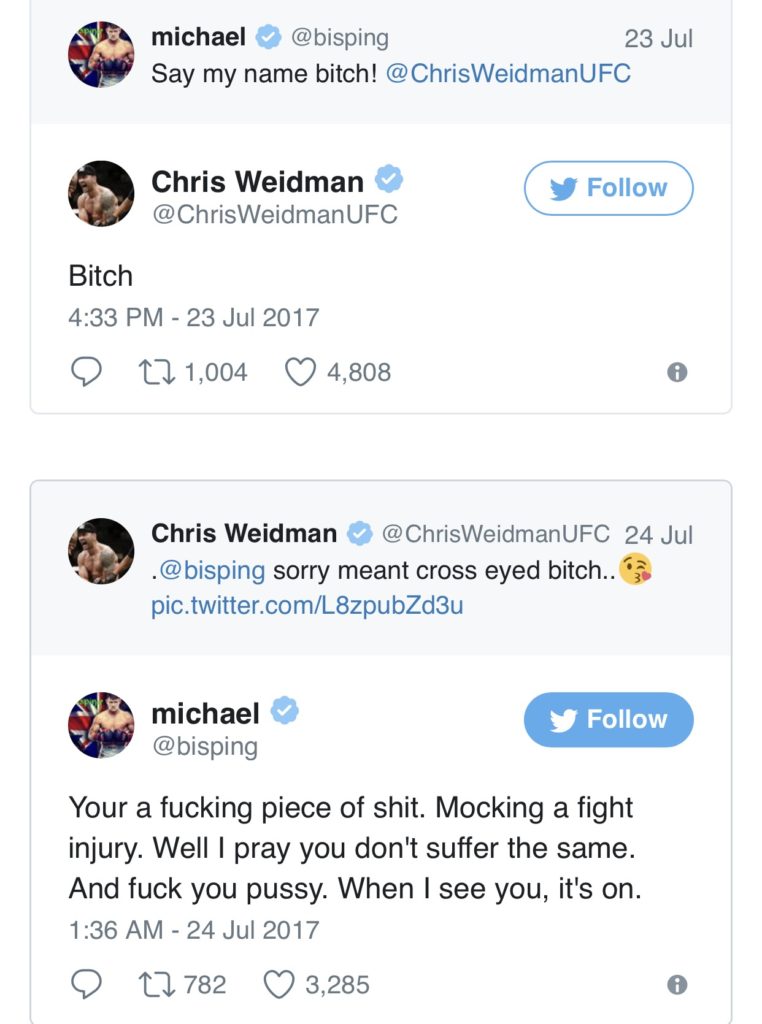 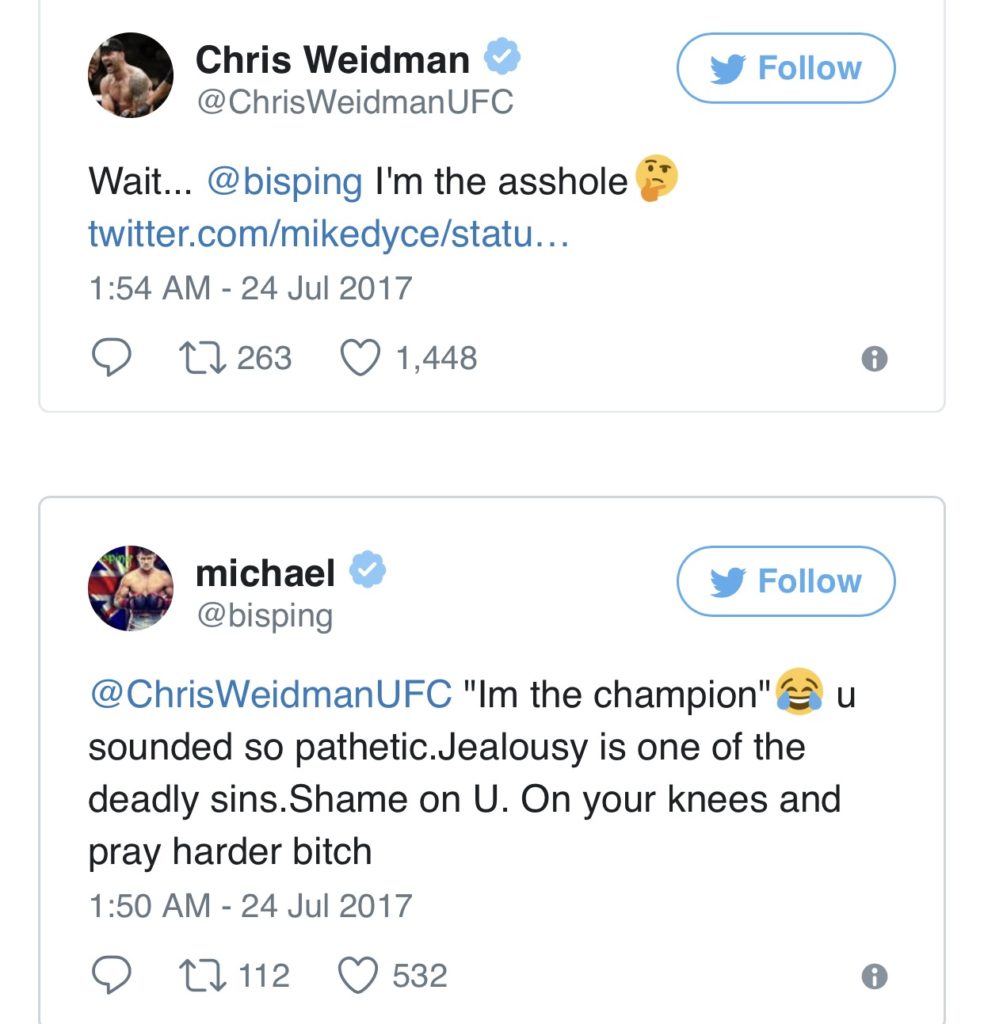