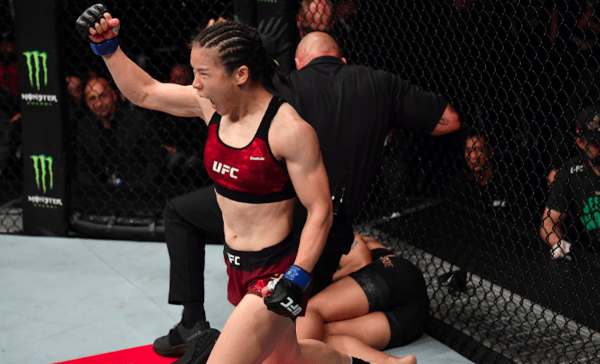 This win opened the doors for the biggest Mixed Martial Arts promotion in the world, to set foot in the biggest consumer market in the world. However, UFC president Dana White will have Zhang first compete in the United States for a while, before having her return to China.

But, if UFC wants Zhang to compete in the States, she has a condition in front of them and i.e having her corner’s visa issues fixed as well as in her last fight against Tecia Torres, several corners couldn’t join her because of visa issues.

“If Dana wants me to fight in the U.S., it’ll be fine,” Zhang said. “But please get all my corners’ visas down. Last time, several corners couldn’t come (with me) because of visa issues.”

Dana White is adamant on having Zhang fight in the US next and eventually build her profile in the states.

“What I want to do now is bring Weili to the United States,” he said. “You have her fight in the states, and then you come back (to China). We will be back here soon. Weili will not probably be back here soon – but soon enough.” White said.